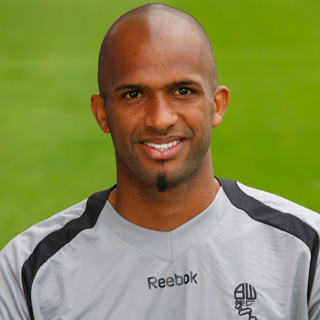 After our first home victory last weekend, this Saturday finds us on the road again, well just down the road to Wigan. I won't lie, after our performance against Stoke, I'm feeling pretty damn good about our team, and I'm not the only one. We put in a good performance, and most importantly we played all 90 minutes, instead of the 30 that Megson's Bolton regularly put in. The best bit about this season had been the attitude of the players. We have an actual squad of players excited about playing and competing for that shirt. The cloud of depression and dejection that hung over the Reebok, that effected the fans, the manager, and the players, really appears to be gone. While I'm not so optimistic that I think we'll be in Europe next season, my pre-season prediction of a 12th place finish is looking a little on the conservative side now.

Enough rambling on the team (which I'll surely regret later when Bolton disappoints me as they always do), and onto the specifics of Saturday. Good news for us is that, as Ali Al-Habsi isn't allowed to play against us, Kirkland will be the keeper. He hasn't played since conceding 6 against Chelsea, it was only his second appearance of the season and he looked utterly incompetent in both. That aside, Wigan have not been having a bad season at all. There's been some fairly nice football. Form at the DW however, has been lacking, with 3 defeats in the past 5 games, and that was with Al Habsi.

I am fairly confident about this game. Our only injuries are those long termers (Sean Davis, Joey O'Brien, Ricardo Gardner, Andy O'Brien, and Jlloyd Samuel for those of you who've forgotten), and while our favourite kidney recipient is suspended, Kevin Davies and Elmander haven't been having a bad time of it without him. I believe the key to this game will be a solid defense, especially in the last 15 minutes. Wigan have scored 50% of their goals this season in that time frame, and Bolton have had problems with stopping playing at around the hour mark. 3 points would get us to 14 points from 9 games and a positive goal difference, miles away from where were this time last year. This whole season has been building momentum, and the DW seems to me a pretty good place to keep on rolling.