Share All sharing options for: The Top Five Bolton Wanderers Moments of 2011

When we look back at 2011, it wasn't exactly a kind year for Bolton Wanderers and their fans. The tail end of last season as well as the vast majority of the current one hasn't been kind to the Whites but among the doom, gloom, tears, and sadness, we've managed to compile a list of our top five moments of the year. 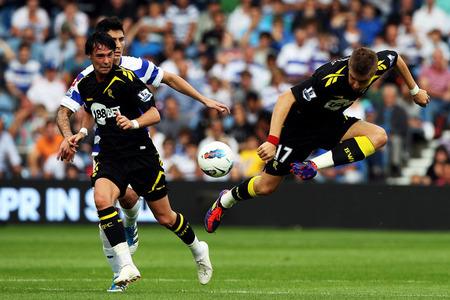 Bolton's start to the season was nothing short of spectacular. Gary Cahill's curling strike from distance on the stroke of halftime sent the Trotters into the half on a high note and only got better when a Danny Gabbidon own goal, Ivan Klasnic strike, and Fabrice Muamba goal quadrupled the advantage, the Premier League turned upside down. Bolton were top of the table for the week with the alphabet being their saving grace from Manchester City. 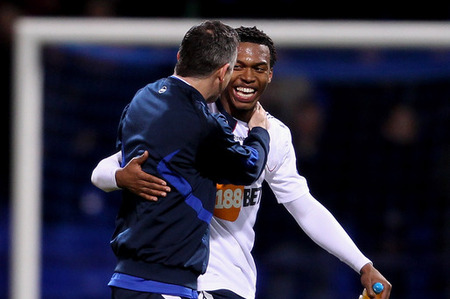 Deadline day of the January transfer window last season and a lack of moves had Wanderers fans looking glum as the team was winless in their last six Premier League games at that point. We didn't know what we would get from Daniel Sturridge and were nowhere near predicting the eight goals in 12 games he'd provide. The Sturridge signing was a stroke of genius. 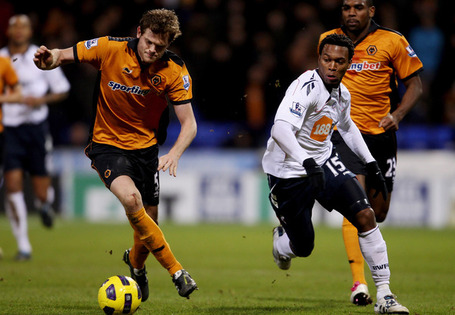 We see you looking at that heading and saying "huh?" A 1-0 win against Wolves at home seems innocuous enough at first glance but it was the 1-0 that was the important bit. An awful backpass from Ronald Zubar in the 90th minute provided Daniel Sturridge, who had come off the bench for his first Bolton Appearance 20 minutes earlier, the opportunity he needed to seal the win. Bolton looked frustrated by Wayne Hennessey's performance but Sturridge's goal was a small sign of the things to come from the young striker. 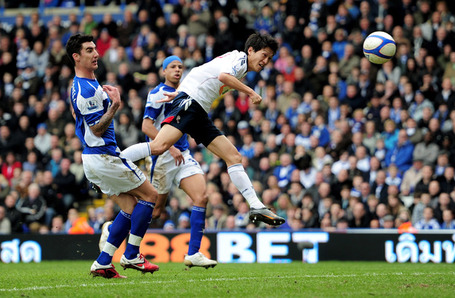 Birmingham City came back twice from being down a goal against Bolton Wanderers to enter the 90th minute at a 2-2 stalemate. Johan Elmander and Kevin Davies provided the first two goals as Wanderers pushed for a semifinal spot but the moment in question came at the start of stoppage time as Chung-Yong Lee won it for the men in White. A long ball played out of the back was nodded by the skipper towards the head of the Korean winger who came on in the 61st minute. Chungy headed it into the corner, sending Bolton to Wembley and the 4,300 fans that made the trip to St Andrews into sheer jubilation. 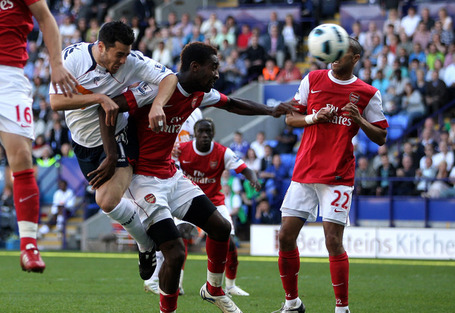 Our top moment for Bolton Wanderers in 2011 is one that most Bolton supporters will not forget anytime soon. With the FA Cup Semifinal loss against Stoke City just behind them, Bolton returned home to the Reebok a week after Wembley with the terrifying prospect of facing Arsenal. The side from London had an outside chance at the Premier League table and a win against Bolton would have kept them in it. It was the Wanderers' day though as Daniel Sturridge put them ahead in the first half before Robin Van Persie equalized at the start of the second. Another last gasp winner was on the cards for Bolton as the 85th minute substitute Tamir Cohen powered home a header from a Matty Taylor cross in the 90th minute. Cohen took off his shirt in celebration, revealing a tribute to his father on a t-shirt underneath his jersey. Cohen's father had died a few months earlier in a motorcycle accident and the mandatory yellow card given by the referee would do nothing to stem the flow of emotions from fans and players alike as Bolton effectively ended Arsenal's season.