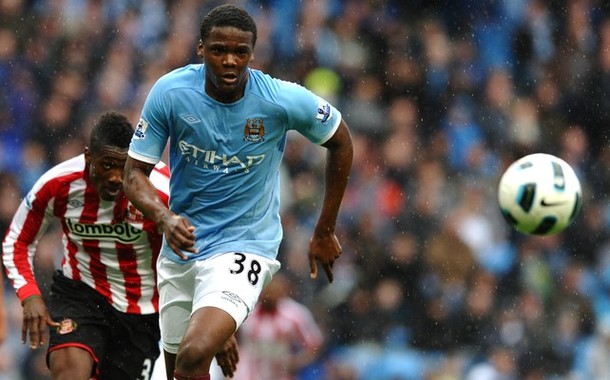 Will the young Belgian defender make an impact at T\'Reebok?

News broke on Ye Olde Twitter this morning that Manchester City youngster Dedryck Boyata will make a move to the Reebok for the remainder of the 2011/2012 season. Boyata's season long loan deal will allow the Trotters more options at center back, especially if Gary Cahill were to get a move to one of the many rumored suitors for him.

Boyata is 21 years old, 6 foot 2 inches tall, and a full Belgian international after making one appearance for the senior side and a number of youth appearances for the Belgian U-19s and U-21s. He has not been able to make an impact in the fairly stacked Manchester City side having made just 10 appearances in the 2009-2011 seasons but will surely get some time under Owen Coyle in the thin Bolton squad.

With Owen Coyle's first signing since the start of the season complete, can we expect Shaun Wright-Phillips and David Ngog to follow suit?

He's even got himself a fantastic song: