There's a certain romance about a player coming back to manage one of the clubs that they helped make their name at. How often does it really work though?

Like the knights of centuries past, they had songs written about them. The notion of one of the playing heroes coming in and managing a club to glory often seems like too good a prospect to pass up. Yet, it all seems to go amiss so often. For every Sam Allardyce, there are two or three Owen Coyles, maybe even more. In their playing days, their names rang out from the upper & lower stands.

He gets the ball, he scores a goal!

Those songs (seemingly more often than not) quickly becomes loud jeers and chants of "(insert manager's name here) Out!" 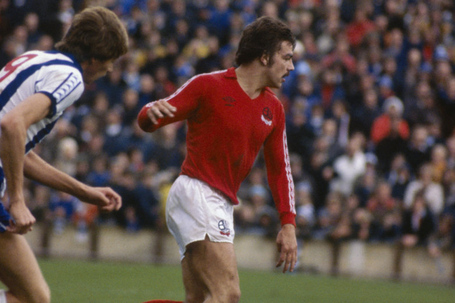 Sam Allardyce started his playing career with Bolton Wanderers, joining the side as a central defender in 1973. He stayed with the whites until 1978, when he helped Bolton win the old Second Division title. In his first stint, he amassed 184 appearances in a Bolton shirt before moving onto Sunderland, Millwall, Tampa Bay Rowdies (in the old NASL, or Nazzle), Coventry City, and Huddersfield Town with a short return to Burnden Park (just 14 appearances) following all of that.

When he became manager of Bolton Wanderers in 1999, the team was in the bottom half of the old Division One table. Allardyce was a relative unknown at that point with eight years of management experience under his belt, having led Limerick, Preston North End, Blackpool, and Notts County prior to taking the Bolton job. In his first season with Bolton, Allardyce took the club from the bottom half all the way into the Division One playoffs but lost to Ipswich Town. The following year, 2000, Allardyce led Bolton to the Premiership, beating Preston North End in the playoff final to secure promotion.

Today's Bolton fans will be telling their grandchildren (and many already do) for years to come. Winning sides with teams built from Real Madrid, Paris St Germain, and Liverpool greats among others. Smart play that learned from the percentages and exposed weaknesses. Results that led Bolton Wanderers to Europe. It was literally the best case scenario for a former player coming back to manage their club.

How rarely it turns out that way. 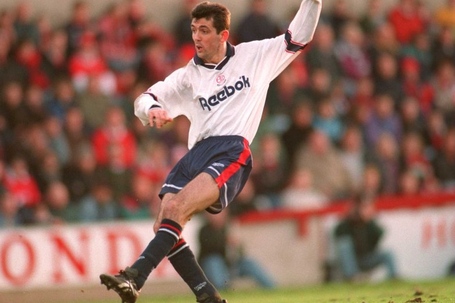 Enter the hero (at that point anyway). Bolton Wanderers had just weathered the storm that was Gary Megson managing the club into financial oblivion and on-field anonymity. Owen Coyle was the antithesis, the younger (mind, he was only four years Megson's junior, compared to when old Meggo took the Bolton reins in 2007), happier, more style-minded option. The one that had spent considerable playing time in a Bolton shirt. The one that gave Bolton Wanderers a ray of hope in that First Division Playoff Final. It was his goal that cut Reading's lead to 2-1 and eventually paved the way for Bolton to equalize, go ahead, and win it.

The beautiful part was that it worked a treat for nearly a year-and-a-half. Wanderers were flying high, reaching fifth in the table through attractive play by a team that legitimately looked like it was having fun on the field.

Then came the Jonny Evans tackle. The tackle that Bolton Wanderers don't like thinking about, the one that makes every Bolton and United States fan alike cringe. The one that put Stuart Holden out of the game for 18 months. The one that took Bolton from 5th in the Premier League all the way down to 18th in the Championship. It became clear that results would not change under Owen Coyle and that a good run of form just wouldn't happen. You would have to look very hard to find someone that didn't want Owen to succeed. It just wasn't going to happen.

But then, how often does it actually happen? There are more than a few examples to cite.

Kenny Dalglish in his first go as Liverpool manager is probably the quintessential example. A player-manager that put the team ahead of himself and guided them through heartbreak and disaster into triumph. Kenny took Liverpool to multiple league and FA Cup wins as well as helped guide not only his team, but the city of Liverpool through the Hillsborough Disaster. Kenny's first Liverpool stint ended with a 61% win rate.

We Remember them with pride,

Those mighty reds of Shankly's side,

There's never been a side so great

Kevin Keegan's first stint at Newcastle is another one of these textbook moments. Keegan had played at Newcastle for a few seasons before taking over the club's managerial post in 1992, Newcastle United were bottom of the old second division and in serious danger of being relegated to the third tier. Keegan ensured survival the first season, won the then-new Division One the next season, qualified for Europe in the third, and finished runners-up in the Premier League in two of the three seasons after that. Kev's first Newcastle stint ended with a 55% win rate.

Up the premier league we go,

When we get to Europe, this is what we'll sing,

Keegan is our King.

How many others can one really name, though? Ole Gunnar Solskjaer at Molde, Dougie Freedman at Crystal Palace (it was very early days though), Dennis Wise as player-manager of Millwall, Roberto Di Matteo at Chelsea. Surely, there are many more to name but the list is relatively thin. 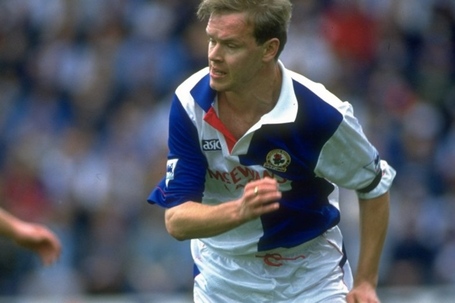 Then there's Blackburn's new manager, Henning Berg, a bonafide Premier League Legend. Berg helped lead Blackburn Rovers to their first (and only) Premier League title before moving to Manchester United and picking up a few more trophies there including the Premier League, Champions League, FA Cup, Charity Shield, and Intercontinental Cup. The man has literally just about won everything a player can.

Berg was handed his first managerial appointment shortly after he retired from playing in 2004. Berg took up the post of Lyn, a club recently riddled with bankruptcy, insolvency, and relegation. In 2005 though, Henning Berg's first season with the club, he took them to third of the Norwegian Tippeligaen. After that, it was a massive slide for Lyn who fell to seventh place the following season and ninth after that. The club was forced to sell John Obi Mikel (in what is still a heated debate between Manchester United and Chelsea, one that forced the latter to take it to court). They managed to get to 7th place in Berg's final season there and were bankrupt and relegated the year after.

Berg moved to Lillestrøm SK, another Tippeligaen club, and found nowhere near the same success that he did with Lyn. He spent the 2009 - 2011 seasons with the Canaries. His first year, he finished in 11th place and took them one spot up the table in 2010. Berg was sacked with three games to go in the 2011 season, after a poor year. Lillestrøm would finish in 13th place in the Tippeligaen (well into the bottom half of the 16-team table). Berg's Lillestrøm stint ended with just a 31% win rate. For the sake of comparison, Owen Coyle won 33.33% of his Bolton Wanderers matches.

That's what makes Berg's appointment at Blackburn Rovers a puzzling one. His nearly non-existent managerial record and one season of success surely cannot be the reasons for his recent appointment. Instead, it has to be the romantic notion that Henning Berg took Blackburn to glory once, maybe he can do it again.