It's that time again when Chris Manning looks back at the weekend's action and finds five semi-interesting points and discusses them in more detail. This time it's the fall-out from Wanderers 2 v 0 Charlton.

More fools those of us who thought that the ‘Law of Davies' (copyright L. Rainford) only applied to the Premier League referees.

Another inept refereeing performance at the weekend saw Davies being again victimised and vilified by a referee with little or no understanding of the game. The striker challenged for aerial balls against two rugged central defenders who both gave as good as they got, yet the referee saw fit to blow his whistle for non-existent fouls more often than not, with the majority of decisions being given against our man.

The impact of this was two-fold - firstly it broke up the play and put a halt to any attacking impetus that Bolton may have had - and secondly it meant the game was very stop-start, in that the tactics employed to get the best out of him were nullified and not by any tactical influence of the opposition team or manager.

At this level I think we all understand that the referees are not as fit as those in the top league - naturally as most will not be full-time professional referees able to devote time in their working week to get a reasonable level of fitness - however let's be frank; the standard of refereeing at this level has been absolutely piss-poor from game one to Saturday.

It seems to me that whilst understanding that Davies is no shrinking violet when it comes to a challenge both on the ground and in the air he is being unfairly singled out by referees who decide that his reputation must be deserved and so any and all challenges must be scrutinised for any possible tiniest element of foul play with a free kick being awarded more often than not. The ever increasing displays frustration from someone who isn't usually one to express his displeasure to referees was telling, and it was approximately an hour into the game before the referee decided that Davies was sinned against rather than the sinner.

Ultimately this attitude from the officials is costing the team and seeing as it is unlikely that their prejudices are going to be reversed any time soon then the continued selection of Kevin Davies in the first team would come into question for this reason alone.

What an enigma! The arrival of David Ngog onto the pitch on Saturday sparked the team into life and he showed great skill and composure for both of his goals. However, much of the pre-game chat was about why he doesn't start more often either alongside or in place of Kevin Davies.

What isn't in doubt is the skill of the lad. He has a silky touch, is big and strong, plus he has an excellent workrate - the problem lies in that as a striker his goal return hasn't been up to scratch, thus far. Statistically speaking, Ngog has scored a goal for Bolton every four matches, whereas in the same period Kevin Davies has netted every three games, and whilst for a good portion of his career the captain was excused an average return on account of his work for the team in other areas of the pitch.

With the drop to the Championship, it was fair to expect that the experienced pair would find more time and space to do their work against defenders of lower quality than in the Premier League and that both would increase their averages significantly. However, Kevin Davies is scoring roughly once in every three games - equal to his career average, with David Ngog coming in with a goal every two games - this can however be explained by looking at the fact that he has three of his four when coming off the bench. Tellingly he scored three goals in the entirety of last season, whilst having more starts and more time on the pitch than Davies did.

In terms of assists, which I consider to be a largely irrelevant statistic, but included here for the purposes of both being complete in terms of analysis and making the word count longer so that it appears that I've written more, David Ngog has set up a goal every 300 minutes, compared to Davies at exactly double that.

It seems sensible at the moment that Freedman is using him as an experienced and quality impact substitute, bringing him on to face tired and weary defenders and hopefully then allowing his skill and touch to come to the fore and give him the chances that he was lacking last season when facing harder, faster and tougher defenders than in the Championship.

We would all like to see more consistency and of course more goals from the man, especially considering that £4m is a huge chunk of money for a club like us. I think as the season develops we'll see more and more of Ngog coming to the front as an important player for us and I would be surprised if his final tally come May isn't around the 15 goal mark. 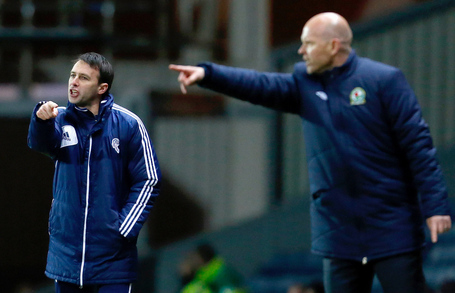 So this is it, this is the ‘Dougie Freedman Way'. Possession of 55% and a general domination of play - but with a cautious approach. I think it's clear that the manager loves his Italian football, where the patient style of play is almost universally employed, and where the tactical nous of the manager comes to the fore with tinkering, adaptation and his use of substitutes to positively impact the game.

He has revamped the training, with the squad being worked like dogs on Monday and Tuesday, with a rest day on Wednesday followed by tactical work on the days leading up to the match. Reports from the training ground are that he has the lads hammering the workrate with fitness sessions in a way that Owen Coyle did not. I think this is a clear indication not only of the dereliction of duty performed by the previous manager in ignoring fitness issues but in Freedman coming in and blowing the cobwebs away and getting fitness levels back up to where they should have been.

In terms of results, looking back to last season the teams who ended up being promoted to the Premier League lost 11, 10 and 8 games. Under Owen Coyle, we had six defeats by the time Dougie Freedman arrived, which doesn't bear up well when compared to the number lost by those promoted. Since his arrival he has put a stop to the regularity of our defeats, meaning that whilst fans can be realists and be disappointed that we are not picking up three points more often, they can be pleased that we have stopped losing so often.

I was warned last summer, by a Burnley-supporting friend of mine, that Tyrone Mears was both an abysmal person and a dreadful full-back. To be fair I took the information on board as throughout his career he had been off my radar and my knowledge of him was mainly limited to that brilliant story about how he climbed out of the window at Derby's training ground so he could sneak off on trial with Marseille.

My first sight of Mears was in the home friendly against Barcelona ‘B' before the season began and he looked like a lively attacking fullback with a solid defensive brain - something that the previous incumbent lacked in any conceivable shape or form.

So I was a little taken aback when the vitriol began. Now I know that some of our fans are not especially patient, and especially considering that Steinsson was a favourite of some supporters I just put this down to people getting used to the style of play that the new man brought to the table.

However, what I saw with my own eyes did not match what I was reading on message boards and Twitter pages from fans. He was decried as ‘the worst' fullback in the history of the world many a time, and the cause of all the famine and war in the world. Yet when he played in front of me I saw a solid defender who was able to cover his back with positional sense and could spring forward when needed.

He wasn't helped, in my opinion, at the end of the Owen Coyle era, when he was forced to suffer Mark Davies being played in front of him and meant that Tyrone Mears was left hopelessly exposed in position more often than not. However, the return of Chung-Yong Lee has seen him finally receive the protection that he so needed and he's reaping the benefits. He was man-of-the-match on Saturday, for me. 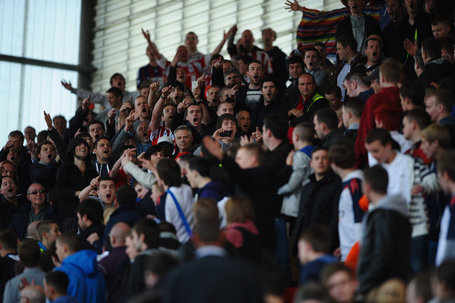 I genuinely wonder whether a good lump of Bolton supporters actually like football. Saturday, as discussed above, was an indication of what we can expect from the Freedman-era BWFC, and yet despite dominating possession by 55%-45% we still heard boos during each half and at half-time.

Charlton, being no mugs, were on a seven-match unbeaten run and up until Saturday they hadn't lost an away game in the Championship since September. So, with these factors in mind you'd have thought that our ‘supporters' would be pleased with a reasonably comfortable home victory - but you'd be wrong.

I realise that the majority of our fans are sensible and reasonable people, who understand that Rome wasn't built in a day, but we have an underclass who go to a game to ‘support' their team and have nothing more imaginative to offer than booing and moaning. It's getting tedious.

The problem is that the booers appear to miss the point that being successful at football is going to involve keeping the ball for long periods of time, meaning that if the opponents do not have the ball then they cannot score.

Personally speaking, the quality of performance isn't as important as the end result, and we won, so I'm happy. I wish this mentality could cross to the collection of braindead morons who wish to boo when we're not seven nil up at half-time. We even heard booing when the manager brought on Petrov and Ngog - I wonder if those morons felt a little sheepish when Ngog hit his two goals? I bet they didn't, as they're clearly a bunch of cowards. I would absolutely rather we have a ground full of 5,000 normal people than 16,000 cretins as we had on Saturday.

At the end of the day, this is a very competitive league where there are no easy games - just look at Cardiff losing at home to Peterborough this past weekend. Charlton were on a good run and I just cannot fathom why anyone thinks we have a divine right to walk over any team in this division.

Oh and one final note - those who started a ‘Munich' chant - shame on you. We're better than that.