These Are the Men Responsible For Saving Fabrice Muamba's Life

Share All sharing options for: These Are the Men Responsible For Saving Fabrice Muamba's Life

It's been a tough few days for Fabrice Muamba, Bolton Wanderers, and the fans. Fab is making small improvements, little by little, but still at an impressive rate. If he continues on this path, he might be back playing before the weekend!

But seriously, Fabrice's recovery is nothing short of miraculous. Details from the Guardian and the BBC today say that it took 78 minutes and 15 defibrillator shocks (none of which worked) before Fabrice's heart finally started beating on its own.

Talk of miracles aside though, Fabrice Muamba's recovery is very largely down to the men on the field that acted so quickly and so heroically in order to save his life. These are the men responsible: 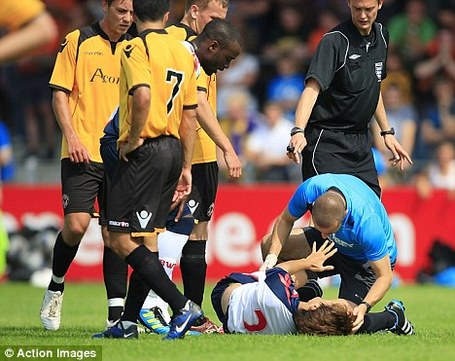 Andy Mitchell - Bolton Physio - He was the first person in the stadium to see Muamba collapse and the quickest off the line to help, running straight onto the pitch. Touchline rules were not an issue at that moment and rightly so. 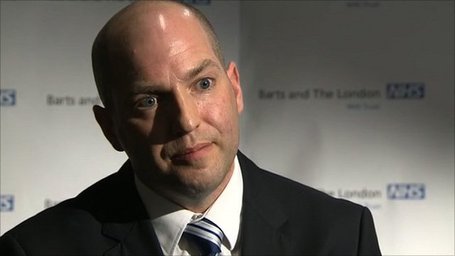 Jonathan Tobin - Bolton Team Doctor - Tobin manned the defibrillator in the on the pitch, in the tunnel, and in the ambulance in an effort to jump-start Fabrice's heart 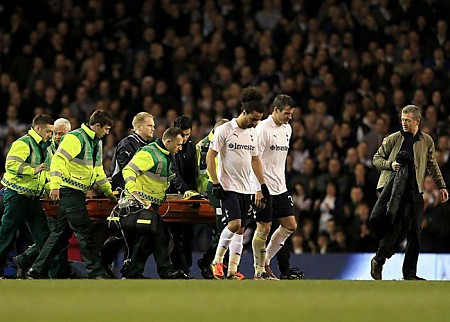 Andrew Deaner - A Cardiology Consultant at the London Chest Hospital (the same hospital Fabrice is recovering at) and a Tottenham fan that happened to be in the stands at the match. He ran onto the pitch to assist the medical teams

Information from The Northern Soul, a good little Wigan blog