A Recent History of Bolton Wanderers vs. Stoke City

Share All sharing options for: A Recent History of Bolton Wanderers vs. Stoke City

Do or die. Put it all on the line. Now or never. Show no fear. There are a million different short pep talks to give our boys this weekend for the crucial clash at the Brittania against Stoke City this weekend. Bolton had good and bad results against Stoke in the recent past. We all remember the bitter FA Cup Semifinal and the 5-0 win earlier this season but there were other games against the Potters since their promotion in 2008.

Past results against a team are often good indicators of what to expect when you're faced with the unexpected. Hit the jump to see how Bolton Wanderers fared.

Stoke City had been out of the top flight for 23 years before being promoted for the 2008/2009 season. It was a match of firsts as Stoke City made their Premier League debut against Bolton Wanderers and Johan Elmander scored his first goal in white. The game's most memorable moment however was an absolutely outrageous goal from Gretar Steinsson that opened the scoring in the first half. 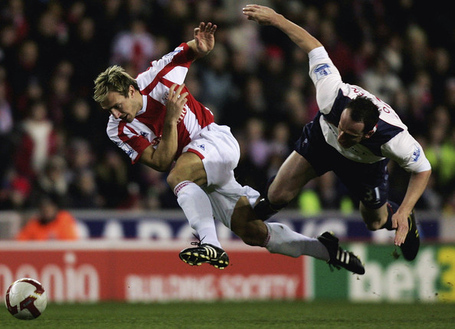 A cold, rainy day at the Brittania proved too much for Bolton Wanderers to deal with as James Beattie scored in just 14 minutes before Ricardo Fuller put it away 17 minutes from time. 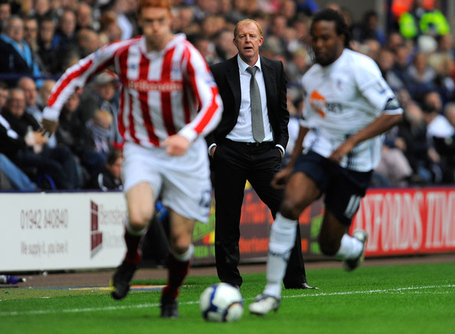 Dave Kitson popped in the first goal after getting past Sam Ricketts and nestling it in the corner of the net. Bolton were spared all of their blushes thanks to a penalty that Matty Taylor put away in the 89th minute. 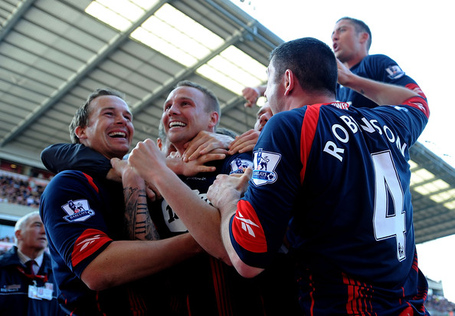 Bolton were deep in the relegation battle this time around and desperately needed something from this Stoke match late in the season. Matty Taylor proved to be the savior once again as Bolton came back from behind to win it. Taylor struck an absolutely beautiful free kick in the 85th minute to put it all level at 1-1. Just three minutes later, Vladimir Weiss sent in a cross that Taylor got on the end of to keep Bolton alive in the Premier League for another couple seasons. 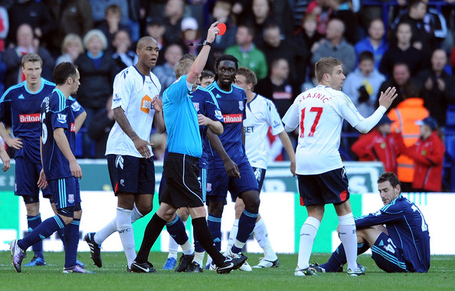 Bolton secured their first home win of the 2010/2011 season with this one as Chung-Yong Lee opened the scoring for the Whites. Rory Delap scored his first goal in 21 months to equalize in the 48th minutes but only to have Ivan Klasnic win it late. Moments later, Klas went from hero to villain as he earned himself a red card. 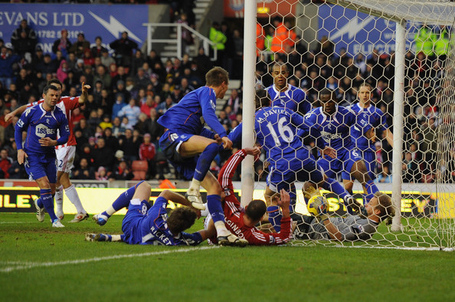 It was a joyless day for Bolton Wanderers as Danny Higginbotham scored first before Matthew Etherington put the dagger in from the penalty spot. 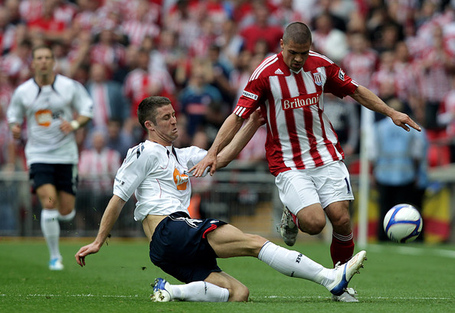 I think we all remember this one. A date which shall live in infamy. 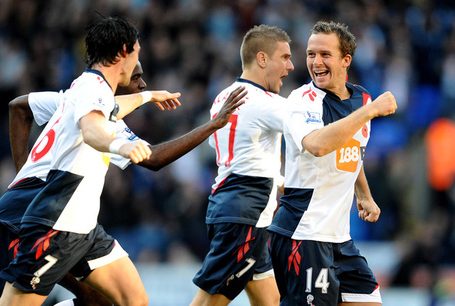 The perfect reprise for Bolton's only meeting with Stoke (up to this point) following the dreadful FA Cup defeat. Kevin Davies opened the scoring with Chris Eagles and Ivan Klasnic both getting braces to bring the score to 5-0.