With the earlier news that Fabrice Muamba has retired from football, the fans were understandably sad. This is one of Bolton Wanderers' best players who finally started coming into his own under Owen Coyle before his career was cut short by heart problems. A player who collapsed on the pitch at White Hart Lane against Tottenham and was technically dead for well over an hour. A player who easily could not have been here today to make the difficult decision that he did.

It got us thinking though, about Fabrice Muamba's best moments in a Bolton Wanderers shirt on the pitch. As a result, we have decided to compile a quick list of our five favorite Muamba moments (in no particular order) after the jump.

Fabrice puts Bolton Wanderers a goal up against Blackburn - December 11, 2010 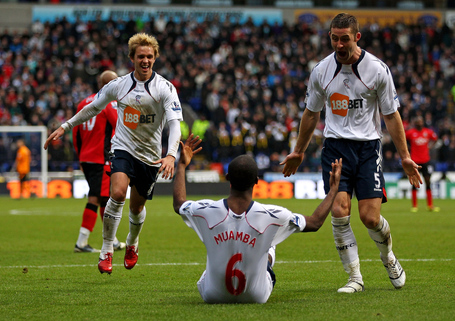 It took 65 minutes to break the deadlock in a hotly-contested match between Sam Allardyce's Blackburn Rovers and Owen Coyle's Bolton Wanderers. Muamba gathered the ball in the box, smartly cut it back, and then put it past Blackburn's Paul Robinson to put Bolton ahead. The lead wouldn't last as Mame Biram Diouf leveled it before a dramatic winner at the death from Stuart Holden. 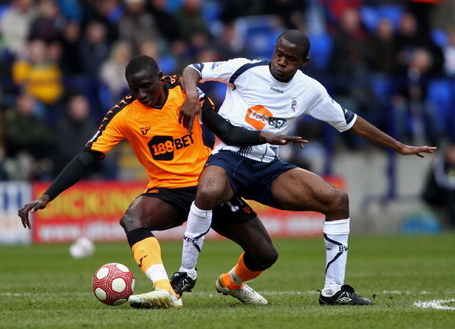 Chung-Yong Lee gathered the ball in midfield after a vital Bolton interception at the back. Chungy's incisive ball found Fabrice breaking forward into an attacking area. Muamba's clever touch saw him backheel to himself before going into a stepover and beating the Wigan defender. The low shot sent to the far post made its way past the goalkeeper and Fabrice had his first goal. Muamba ran to the sideline with his trademark smile, dodging and weaving past Bolton players without really having a celebration planned. 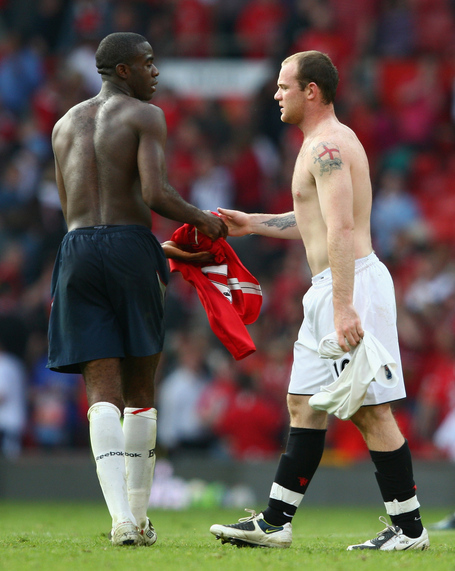 This match is best remembered as the one that put Stuart Holden out of commission for more than a season and a half. Many Bolton fans do distinctly remember Fabrice Muamba's comfortable feet on the ball beating Wayne Rooney on a number of occasions. A couple of nutmegs and a Zidane roulette are ingrained in Bolton fans' minds but as was always the case with Fab, there wasn't a big fuss about it. 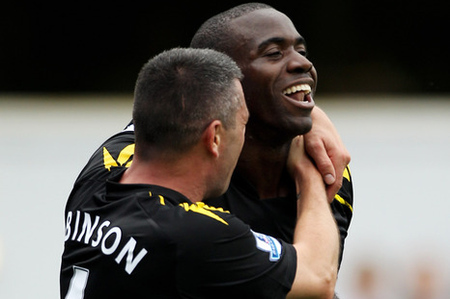 It was such a bright start to the season as Fabrice Muamba closed the scoring against Queens Park Rangers on opening day. A dream day thanks to Fab scoring the game's fourth goal. Ivan Klasnic put the ball into the box for an onrushing Fabrice who hit home and sent Bolton Wanderers top of the league. 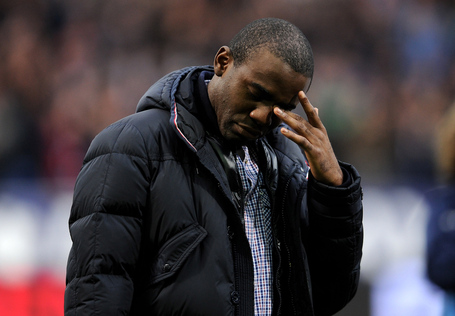 It was an extremely emotional day for all involved. It had been less than two months since Muamba collapsed at White Hart Lane and this was his first time back on the Reebok pitch. The emotional Fabrice couldn't hold back the tears as he waved to the home crowd who were just thankful that the man was alive and in front of them on that day.

Did you have any other favorite Fabrice moments? Let us know in the comments