Breaking Down the Watford Goals: What Went Right and Wrong

Share All sharing options for: Breaking Down the Watford Goals: What Went Right and Wrong

A 2-1 win at home to Watford was a big result for Bolton Wanderers and could have been the boost that the fans, players, and manager really seemed to need. As part of the match post-mortem, we're going to take a look at both Bolton goals, the one Watford pulled back, and Bolton's best non-scoring opportunity. Hit the jump to see what went very right and just a little wrong for the men in white. 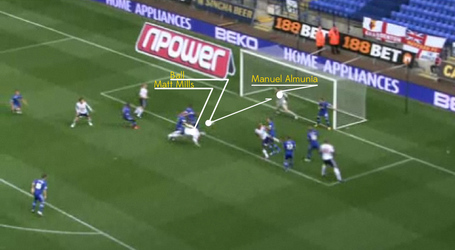 Chris Eagles stood over the corner on the right side and played a great ball into the box. Matt Mills ran into his goalscoring position with two Watford defenders right on him. Mills was half pushed and half dove to get the ball but he got his head on it, firing the effort right at goalkeeper Manuel Almunia. 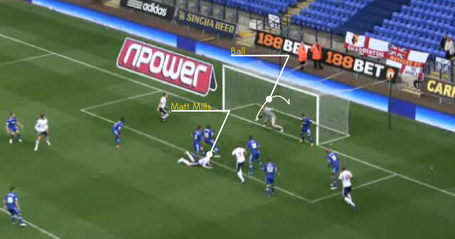 The shot hit Manuel Almunia's right hand but was at such pace from close range that the goalkeeper could not control. The ball looped away from Almunia and into an area just between the goalkeeper and the man on the post. 1-0 Bolton. 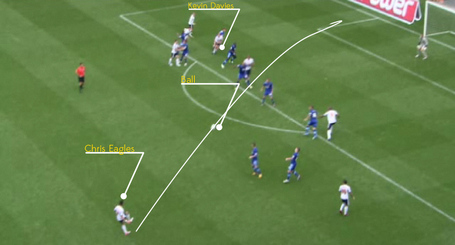 Again, Chris Eagles stood over the dead ball on this one. He placed an inch-perfect ball into the box with Kevin Davies running right onto it with one defender on his back. 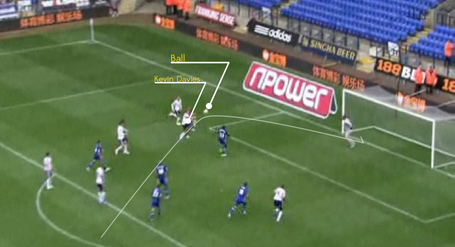 Super Kev's run took him perfectly onto the ball and it was a very smart finish from the captain that put Bolton Wanderers 2-0 up. Normally, you would expect a header out of Davies but this was a deft little volley in the air that put it well out of Almunia's reach. 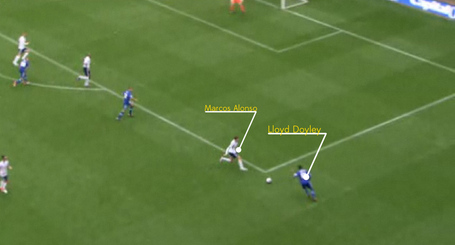 It's really difficult to fault anyone on Lloyd Doyley's goal. The Watford fullback received the ball on his right flank, Bolton's left, with Marcos Alonso closing him down. The Bolton defender did not give Doyley too much space and did not back off like our defenders have done in recent weeks. 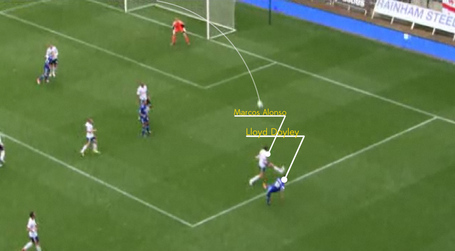 Marcos Alonso closed Doyley down even further as the Watford man attempted to cross it in. The ball into the box was really an errant one and certainly not a shot. Bogdan had positioned himself like a goalkeeper in that situation should. Because the ball was off target, it ended up looping over Bogdan and into the side netting at the far post. On another day, that ball is well out of bounds. This one was more unlucky than anything.

The Best Non-Goal Of The Day 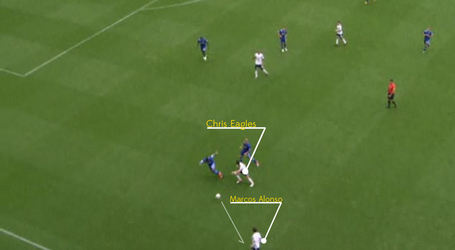 Looking back at this one, it actually was a really brilliant bit of play between Chris Eagles, Marcos Alonso, and David Ngog. Bringing the ball up the left wing, Eagles was faced with two Watford defenders. Marcos Alonso was bringing up the rear, providing extra width on the flank while finding space behind the play. Eagles opened it up a little bit by getting the ball to Alonso and continuing his run. 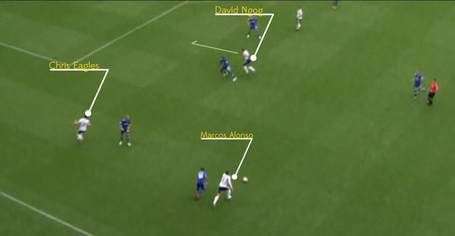 Eagles made his run further down the wing, towards the corner, and brought a Watford defender with him, creating further space. Alonso quickly turned and brought the ball inside and saw David Ngog. The Frenchman made an excellent run into the box. Spotting the run, Marcos Alonso played the definition of an incisive ball into the box with the perfect weight on it for Ngog. 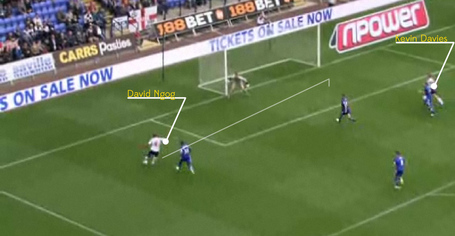 Ngog received the ball and took it to about ten yards outside of goal. Kevin Davies was at the far post, running right towards the goal and Ngog attempted to square it for him. Unfortunately, between the defenders and Davies' movement, the big man could not firmly get a foot on it and the ball was cleared out.