Breaking Down The Goals From Sheffield Wednesday 1-2 Bolton Wanderers

What went into the buildup of each goal as Bolton Wanderers beat Sheffield Wednesday away? We break it down for you.

Share All sharing options for: Breaking Down The Goals From Sheffield Wednesday 1-2 Bolton Wanderers

Three points from an away win and two nice goals to boot, Bolton Wanderers fans are finding their confidence. In the match post-mortem, it is important for us to understand just what went into the buildup of the goals scored by Marcos Alonso, Mark Davies, and Sheffield Wednesday's Ross Barkley. Hit the jump to see what happened. 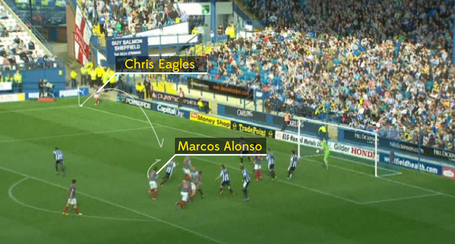 Who else would really be the provider for this one other than Chris Eagles, who has been seemingly involved with everything positive Bolton have done this season. The winger stood over the corner and put an excellent ball into the box. Marcos Alonso slipped his defender and made a great little run to meet the ball firmly with his head. 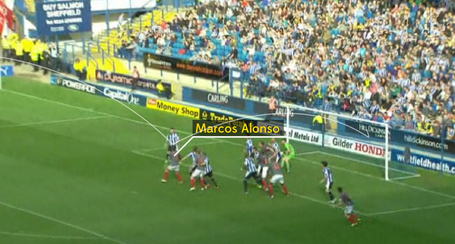 Alonso's header could not have fallen any better. The ball met the defender perfectly and nestled itself perfectly in the back corner at goalkeeper Chris Kirkland's far post. 1-0 to Bolton. 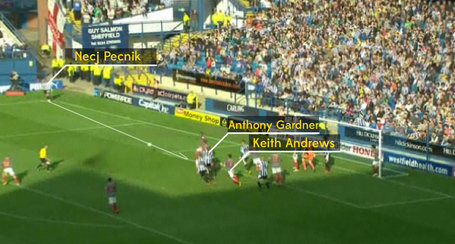 This one was from the same position that Bolton scored their first in. Wednesday's Necj Pecnik took the corner and put a low ball into the box. The cross dribbled through the first group of Bolton defenders before falling to Anthony Gardner, who managed to get in front of Keith Andrews. 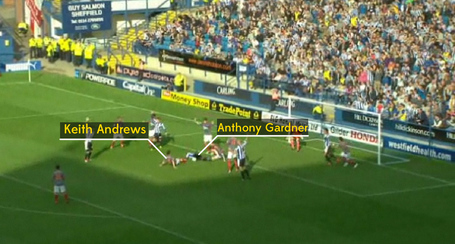 Andrews attempted to get in front of Gardner and went to ground in hopes of cutting out the ball before it reached its final destination. Unfortunately, Andrews caught Gardner and Matt Mills (who came in from the other side) was powerless to do anything about it. 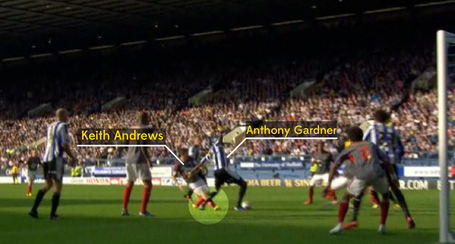 Anthony Gardner was winding up to take a shot at goal with Keith Andrews catching his shooting foot. The tackle put Gardner off balance and the Wednesday man went down relatively softly. 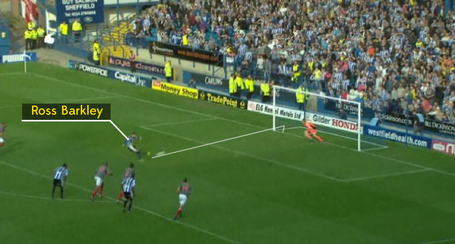 Ross Barkley, the loanee from Everton, stood over the penalty spot. His kick went to his left and Adam Bogdan dove correctly for it. Unfortunately for Bogdan, Barkley's penalty kick was inch-perfect and was as far into the bottom corner as it could possibly get. 1-1. 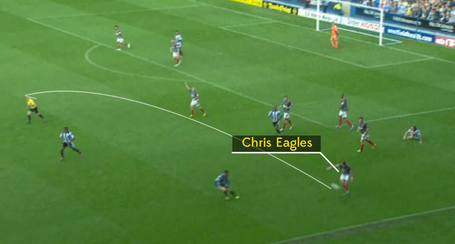 It was Chris Eagles once again starting the play as Bolton Wanderers built up to their game-winning goal. The winger gained possession on his wing after a good ball win from Marcos Alonso just behind him. Eagles sent the ball forward, well into the opposition half. 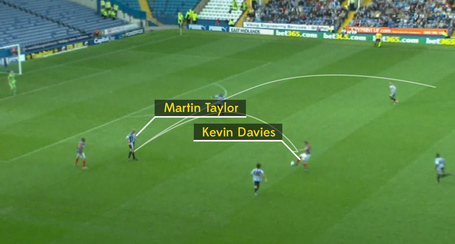 The long ball, intended for David Ngog, was cut out by Wednesday defender Martin Taylor. The half clearance fell to Kevin Davies who settled it about 40 yards from goal in space. Mark Davies would come rushing in from Super Kev's right. 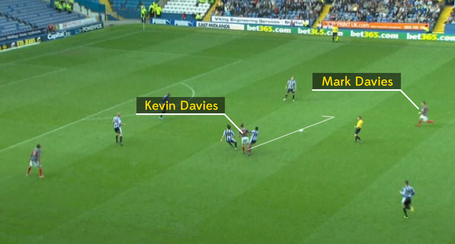 Kevin Davies did well to spot the run of Mark Davies and played a nicely-weighted ball across the center for the on-rushing midfielder. At this point, the Sheffield Wednesday defenders would start to crash in on Mark Davies. 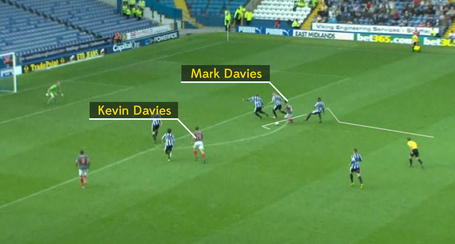 It was the definition of a slaloming run from Mark Davies that put him in on goal. The central midfielder rounded the first defender before going against another two with a third coming into the fray. Mark Davies went in at pace and found the space he needed to shoot. 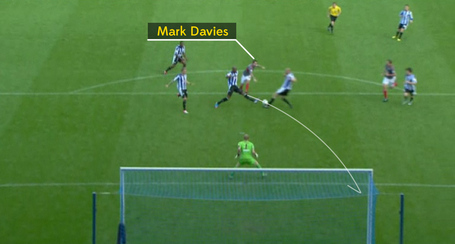 Mark Davies did very well to find the gap in the defense. He finished emphatically from 15 yards out into the top corner of the net with goalkeeper Chris Kirkland rooted firmly to his spot.