Chris Manning takes a look at the latest newspaper and internet rumours surrounding potential transfer ins and outs as the deadline approaches.

So it's now only a matter of days until the January transfer window shuts. Well, if you listen to Sky Sports News then the window does not merely shut....its SLAMS SHUT. Seems reckless to me. However I suppose if it's double-glazed it might be able to withstand it.

Anyway, let's have a look at the latest rumours:

Yes that's right, another loanee from Liverpool. However this time it's their Uruguayan centre-half who was brought in last season for a hefty fee and has thus far been unable to dislodge the likes of Martin Skrtel, Daniel Agger and Jamie Carragher to establish a regular spot in their back line. I think he would be a decent addition - he seems a rugged sort who might enjoy the rough and tumble of this league. However I would expect that Premiership clubs with more sway than us would be a preferred choice for both him and the club.

This one appears to have more legs in it. Reported extensively by Super-Nicko, he was brought to the country by Freedman and as such is an obvious one to be linked with a move up North. A tough tackling midfield bruiser, this flaming galah of a tank would be a good addition to our midfield and would provide an excellent shield to the likes of Holden. However I would be a little disappointed if it stunted the progress of Josh Vela but then again football is a game of immediacy.

The link between Dougie Freedman and Mile Jedinak is replicated between himself and Glen Murray. Currently Palace's top goalscorer it is difficult to see him being prised away at this time. I personally do not think that he would be worth the time and effort. I've seen him play a few times this season and whilst he is clearly a good finisher he also appears to be a bit soft and a diver which is never a good quality in a player.

Yes that's right, we have this week been linked with a move for occasional goalscorer/sex offender/handler of stolen goods/prisoner Marlon King. Words can barely contain my dislike of this individual and whilst his goal return is decent at this level I still believe that his signing would be a poor move for PR reasons as well as footballing. His all-round game is nothing to write home about, and clearly his CV points at an inability to keep himself out of trouble and so on that basis alone it would be a no from me. 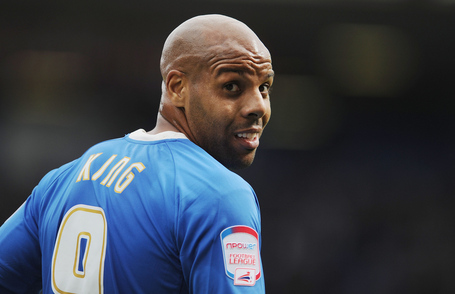 Word is that Rangers have approached Bolton with a view to loaning the lad back to Scotland with a view to a free transfer at the end of the season. Gregg Wylde's arrival was a low-key Owen Coyle move following the original Glasgow Rangers financial scandal and it simply has not worked out. This appears to be nobodies fault in particular - these things happen.

The newspapers have this week linked the Spanish left-back with a move to Nottingham Forest and, shockingly, Fiorentina. Seems odd. He's finally established himself as our first choice left-back since the departure of Warnock and he hasn't let himself down at all. His contract is due to expire at the end of the season and that is the only reason why I could envisage his departure before the summer.

Newcastle United have been linked with a £2m move for the Frenchman in recent weeks in the wake of the Demba Ba sale to Chelsea. I can understand why they would consider a move for David Ngog to be a wise choice - he has top flight experience and most importantly is French. I could also understand why Bolton might sell - he's probably a high earner and let's face it he's hardly come in and ripped up trees since joining for Liverpool. The paucity of our attacking options should he leave would be one reason why I could see us declining the move, however. 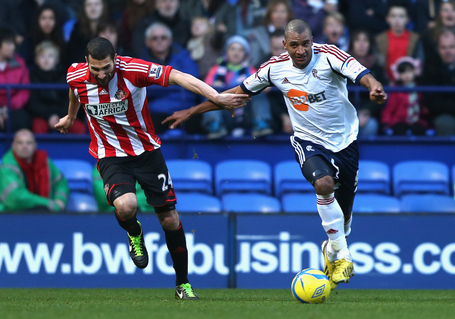