This is something a little bit outside of the norm from Lion of Vienna Suite. Those of you who follow my personal Twitter account will know that I am a graphic designer and have been working on a number of football-specific illustrations. These have been featured on websites like In Bed With Maradona and others.

The illustrations cover a wide array of clubs including LA Galaxy, Everton, Seattle Sounders, Arsenal, Manchester United, Bayern Munich, and more. However, given that I am a Bolton Wanderers fan first and foremost, it would only be natural for me to have done some Trotters-specific work. At the moment, there are two pieces completed.

The first was part of a series concentrating on football kits rather than the players that played in them. Fans often remember the uniforms that their teams were and the good times associated with them and for that reason, I chose to go with the iconic 1995-97 home kit that Super John McGinlay wore for the Whites in his heyday. 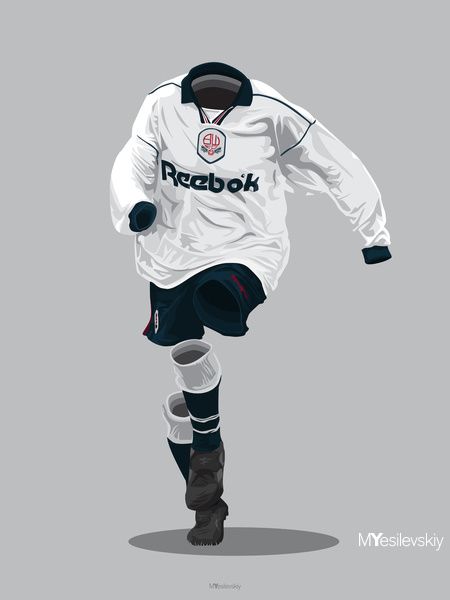 The second illustration was player-specific, concentrating on Ivan Campo, a figure that represented the best of times for Bolton Wanderers. Campo, who played for Bolton from 2002 to 2008, was universally loved by the fans after his move from Real Madrid and embodied the lofty heights that the Trotters reached in the last decade. 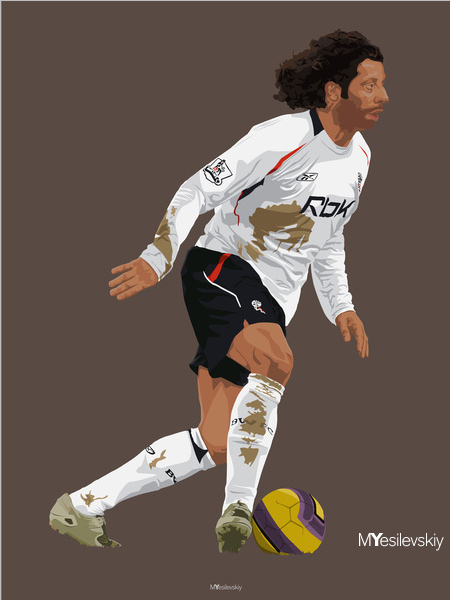 Both illustrations are full vector, entirely done in Adobe Illustrator. Both come without the giant watermark.

Prints are available through Society6, here.