What to do with Stu?

Our man in the stands, Chris Manning, takes a look at the ongoing situation with Stuart Holden and wonders what next for the American midfielder with the wonderful hair.

Share All sharing options for: What to do with Stu?

Since signing for Bolton Wanderers, then of the Premier League, from MLS side Houston Dynamo shortly after the turn of the New Year in January 2010, Stuart Holden has been a fan favourite amongst the Reebok crowds. Noted and feted for his ability, endeavour and fit girlfriend, he was expected to be a mainstay of the Bolton Wanderers midfield for years to come. His start at the club was impressive, and he soon became first choice, progressing to a degree where he was named by the Guardian newspaper in their team of the season by the end of his first year.

However as we all know, this story did not develop as we expected. The following season, and after he had led Bolton Wanderers to the FA Cup Semi Finals and seventh place in the Premier League, Stuart Holden was struck by a vicious challenge by Manchester United defender Jonny Evans, which left our hero with a badly gashed knee along with an anterior ligament injury which would result, it was initially feared, in a six month absence. Despite this, he was voted as the club Player of the Year, however the team suffered and eventually finished in the lower mid-table region. 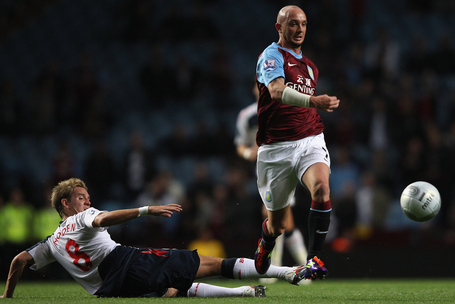 His return at Aston Villa, in September 2011 was short-lived. After a typical all-energy performance, a medical check following the game showed up a discrepancy which required immediate surgery and the initial diagnosis of six weeks' absence soon turned into six months as the Holden injury curse struck again. As we all know, without him in the heart of the midfield the club was relegated from the Premier League at the end of the season.

Since then, he has made fleeting appearances for the reserves and first team, grabbing 20 or 30 minutes here and there, however he was understandably short of fitness - a problem tackled by the club in loaning the player to fellow Championship side Sheffield Wednesday in March 2013 in order to get Holden much-needed competitive minutes. This spell has gone well, to a point - Holden playing approximately an hour in each of his four games thus far. Reviews from Wednesday supporters have been mixed, with those received including:

"I wish we had others with his ability"

"He's not the player he was"

All of the above might be a little predictable considering the toil and torment that his knee has been subjected to, but it begs the question: What next for Stu? 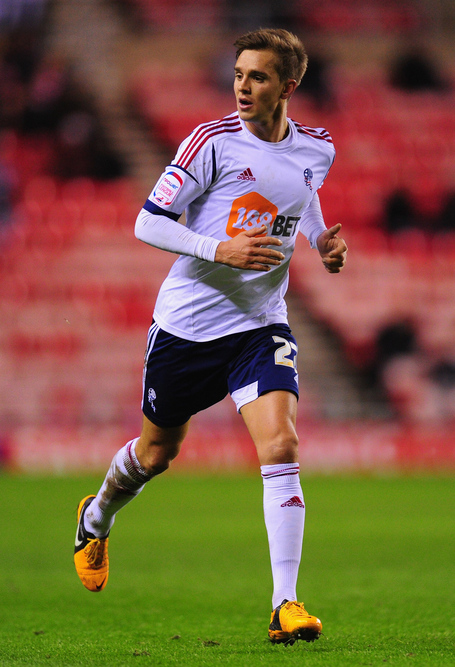 As we all know, his contract is due to expire at the end of the current season, with Stuart Holden freely able to negotiate with others clubs. Ordinarily, and considering his achievements in the first 18 months of his career at Bolton Wanderers, you would expect agents and managers to be beating a path to his door, but following the injuries it has been considerably quieter than you might expect.

Bolton manager Dougie Freedman has been vocal in his desire to keep the American midfielder at the club:

"Stuart was offered a contract the day he went to Sheffield Wednesday and he has accepted it," Freedman said.

"It isn't done yet, he hasn't signed it, but I know what he is like and he's a good man so that was the close of that event for me.

"It has been agreed - it's just signing it, really. It would take literally two minutes.

"I said 'Stu I want you to stay, you have had a long term injury. I can't guarantee you football at the moment because of the situation we're in but I want you to sign."

This news came as great relief to Bolton supporters, as we all remember the player that Holden was. We all remember how fantastic he was and what a breath of fresh air he brought to a stale midfield under the stewardship of Owen Coyle. Therefore it would appear that it is only the paperwork remaining incomplete which is stopping Holden officially committing to Bolton Wanderers for another season at least.

As the season is now coming to a close, with just three games remaining and Bolton Wanderers finding themselves in an envious position, and with colleagues Jay Spearing and Keith Andrews being ruled out until the end of the season, has the time come to recall Stuart Holden and thrust him into the centre of the midfield? He has shown, whilst at Hillsborough, that he has the ability, but that the legs are perhaps not where they should be in terms of fitness - something that we all know is a bugbear of Bolton manager Dougie Freedman. Therefore it could be a risk to an in-form side to have an albeit talented but patently unfit (or at least not fit for 90 minutes) Holden. 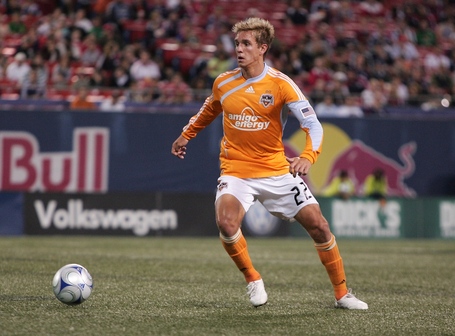 Another option, and one that this writer believes provides the most sensible option, is a loan move back to America and MLS. Once the British season is over, the MLS season continues, and therefore would provide Holden with an (and I apologise to my American friends) opportunity to play in a less-intense league, where he could spend six weeks playing regularly at a reasonable standard and most importantly come back to Bolton with a spring in his step ready to dominate once more next season.

It would provide a base fitness superior to his clubmates own, who whilst no doubt will return to league action ready to rock and roll, it would then take time to get back to full game-speed whereas Holden will have had half a dozen or more full action games under his belt.

Whatever happens to Stu, he has a place in our hearts.

Personally speaking I would send him back to America for the Summer - get him playing. We all know what he can do when 100% fit.