Life in the Championship: A season review, Part One

Occasional guest contributor Michael Murray takes a look back on the 2012/13 season and looks at what Bolton Wanderers need to push forward in the 2013-14 season.

Share All sharing options for: Life in the Championship: A season review, Part One

With Wigan Athletic's relegation confirmed after their 4-1 defeat at Arsenal last week and Yeovil Town's 2-1 victory over Brentford at Wembley in the League 1 playoff final, the line up for the 2013/14 Championship season is all but complete, the loser of the £120m match between Watford and Crystal Palace will finalise the roll of clubs.

This line-up will once again include Bolton Wanderers, who just missed out on a playoff berth after a 2-2 home draw with Blackpool on the final day of the season, the only one of the last nine home games the Whites failed to win,. A late Anthony Knockaert strike for Leicester City gave them the coveted final spot by virtue of goal difference.

It was, for most fans, a typical Bolton Wanderers ending to a season which started with much anticipation, was quickly filled with a sense of resignation, on the verge of descending into relegation and ultimately ended in frustration after a fantastic late ascent up the Championship table.

Personally, I'm happy that we are going to be spending another season in the Championship. I love how close and competitive the division is, I love the fact that we get 46 league games rather than 38, I had some cracking away days this season and I felt almost every conceivable emotion a football fan can feel during the course of the 9 month rollercoaster.

That said, I was gutted that we got so close to the playoffs and missed out on goal difference of all things. I would also have been extremely gutted if we had qualified for the playoffs and failed to win them. Maybe, from a personal point of view it was for the best that we didn't quite make it.

The much-fancied Bolton Wanderers started the season under the stewardship of Owen Coyle, the man who had overseen the club's relegation from the top flight. Many supporters believed that the Wanderers should have made a change in the close season. However, I felt that the club needed to maintain a level of stability and was happy to give Coyle the chance to rectify the issues of the previous season. The campaign started away at Coyle's former club Burnley and the ever generous Whites obliged their hosts by allowing them a 2-0 victory in their cup final. 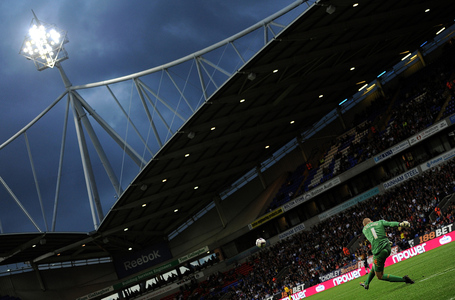 Unfortunately, a lacklustre start to life in the lower division and a record of just 3 wins, 2 draws and 5 defeats yielded a grand total of 11 points from the first ten games. Even the most ardent of supporters, like myself, had to concede that a change was necessary if we were going to salvage anything from the season. The club also needed to address the poisonous atmosphere amongst the supporters which it can be argued was transmitting from the terraces onto the playing surface. I was one of the hardy souls who made their way to ‘facking Millwall' for the final game of the Coyle regime and the atmosphere that day amongst the travelling Whites is not something I ever want to be part of again.

Essentially, the 600 or so who made the journey that day, and the thousands who go to the Reebok week in week out, want the same thing. We want 11 players out on the field who are passionate, committed and willing to fight for everything. We want them to take pride in wearing our white shirt. Unfortunately there is differing view on how to air these views, which brings me back to the Millwall game. Some wanted to voice their dismay at the regime, others, myself included, wanted to support the XI on the field. Miraculously it didn't come to blows but the level of confrontation between the two factions was reminiscent of those under the previous incumbent of the hotseat, he whose name is considered blasphemous around the corridors of the Reebok. We couldn't continue down that path. If you add that feeling to performances lacking fitness, fight, and finesse, but showing the penchant for conceding penalties, it was this combination which led to the demise of Owen Coyle and a 3 game caretaker stint for Jimmy Phillips, Sammy Lee and Julian Darby. 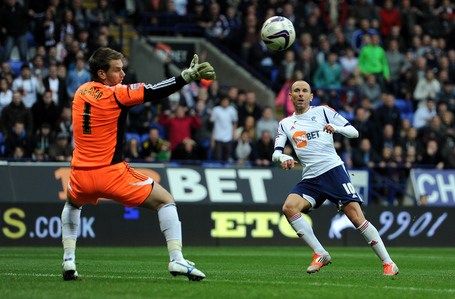 This 3 match spell took in a home game against Bristol City and trips to Wolverhampton Wanderers (not something we can say next season will bring) and a day out in the North East at Middlesbrough. It also brought a new sense of optimism, vigour and frustration amongst the fans. The fantastic comeback against Bristol after being 2-0 down was backed up with a draw at Molineux, although it should have brought 3 points, and defeat at Middlesbrough when a point should have been taken. Ultimately it left the Wanderers with 15 points from 13 fixtures, and a new man steering the ship, one Dougie Freedman, who had started the season by guiding Crystal Palace towards the upper echelons of the division. I've always wanted to use the phrase ‘upper echelons.' I feel like I've achieved something in life.

Tune in tomorrow for the second part of my season review.

Life in the Championship: A Season Review