Life in the Championship: A season review, Part Two

Occasional guest contributor Michael Murray takes a look back on the 2012/13 season and looks at what Bolton Wanderers need in order to push forward in the 2013-14 season.

Share All sharing options for: Life in the Championship: A season review, Part Two

I do think the club needs to be praised in the way it handled appointing Dougie Freedman. Rather than going for a knee jerk appointment when Owen Coyle was relieved, they took their time, identified their target and made sure that they were bringing in the right person to take the club forward. You only have to look at the farce that's been occurring up the A666 to see how not to do this as proof that the Whites took a calm, careful, considered approach to what, for the future of our club was a monumental decision.

After the victory over Bristol it would have been easy to give Jimmy Phillips the job and I think that this decision would have been very popular amongst the fans. I do think that the board had learnt from its previous mistake which was approaching and appointing Owen Coyle swelled by a wave of popular fan opinion after the negativity of his predecessor. I believe that giving the job to Jimmy would have been a similar error of judgement on their part. After a difficult start for the new man at the helm, I believe and I am sure most of you will agree that this measured approach appears to have started to pay dividends. 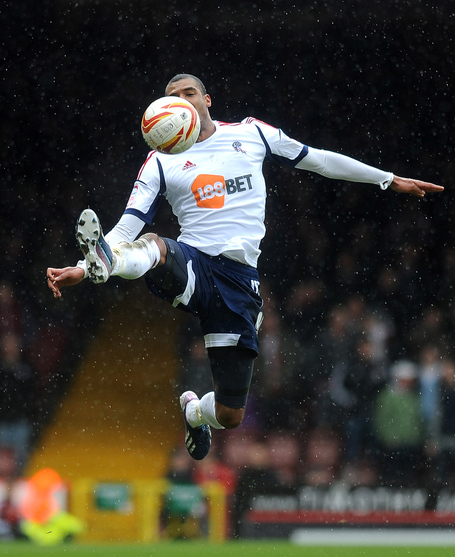 It did start oh so well for the new man. After a lacklustre first half display against table topping Cardiff, the team which emerged from the sheds for the second half bore some resemblance to the team which, during pre-season, was predicted to do very well. The introduction of David Ngog from the bench was game changing, firstly he won the penalty from which Martin Petrov equalised and then scored the winner. This gave the first sign that Dougie, further aided by his assistants Lenny Lawrence and Curtis Fleming was capable of making a substitution or tactical switch during a game which could yield results. This was a major criticism of Owen Coyle, the lack of a plan B.

Unfortunately Bolton were not able to capitalise on this result and drew the next 4 games before making the trip to neighbours Blackburn Rovers for the Lancashire Derby at the end of November. I've still not seen Kevin Davies' goal yet, after missing it because we thought there was enough time to sneak an extra pint in at the pub. But the 2-1 victory sufficed which gave Freedman a start of six games unbeaten, but only two victories. There were some green shoots of recovery evident but the supporters and the man himself would have wanted more.

After a drab December which consisted of two wins, uninspiring against Charlton Athletic and rampantly against Birmingham City in one of the best team performances of the season, a draw away at Huddersfield and defeats to Ipswich Town, Sheffield Wednesday, and Peterborough United, many became resigned to the knowledge that any lingering hopes of automatic promotion and the playoffs were over and that we would be party to a second season outside the top flight. Defeat away at Leeds on New Year's Day would only reaffirm that view point.

January brought the welcome distraction of the FA Cup a spirited 2-2 home draw against Premier League opposition, the massive, loyally supported by 23 million fans at home every week, Sunderland AFC. Victory in the replay would bring Everton to the Reebok in the fourth round but a late John Heitinga strike knocked Bolton out of the competition in a brave 2-1 reverse. Two draws in the league followed by defeat at high flying Watford at the start of February left Bolton perilously close to the Championship trap door and even sounded the possibility of a second successive relegation. 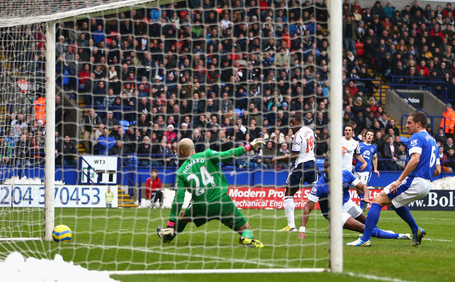 It was at approximately 4.18pm on Saturday 9th February 2013 that Bolton overcame any nagging doubts within me about the capabilities of the new manager. 1-0 down at home to local rivals Burnley after a David Edgar goal not long after half time, the manager handed the fourth official whatever it is they hand them to advise of impending substitutions. When the numbers of Steve De Ridder and Marvin Sordell were lofted, the patrons at the Reebok were in uproar. Incessant booing and chants of ‘You don't know what you're doing' were directed towards Dougie as he replaced the aforementioned players with David Ngog and Craig Davies.

35 minutes later the man was a genius as both players scored and Bolton won the game 2-1. This result started a dramatic assent up the Championship table. It included a run of eight consecutive home victories and just two defeats from the final sixteen games, away at Charlton Athletic after being 2-0 up and away at Leicester City, a result which would prove pivotal at 2.45pm on May 4th. Bolton came within a bug's widge of making the top six despite their very slow start but it wasn't to be, so we get the fun of the Championship fair again next season. In all honesty, I can't wait.

Life in the Championship: A Season Review