Yesterday (4 June), we at Lion of Vienna Suite created and posted a mockup, below, of what we thought Bolton Wanderers' brand new home kit would look like. The mockup was an educated guess based on the club's previous kit images and an existing adidas template. Ahead of tomorrow's (6 June) full reveal, the club have just teased a fourth and final image, showing off more of the new home shirt.

The final teaser, directly below, shows off a large portion of the shirt's front, confirming the red section under the arms, the navy blue crew neck collar, and the lack of a collar. The most interesting bit is the strategically placed hand, covering the club's badge on the shirt. It is that hand that gives even more credence to rumors of an impending badge switch for Bolton Wanderers, a story that we broke back on 10 May.

Below is the mockup that we came up with. Questions still remain about exactly what the club's rumored new badge will look like as well as the layout of the shirt sponsor's logo. On the mockup, we elected to go with the rose graphic that Bolton Wanderers had been using on social media campaigns as a placeholder. 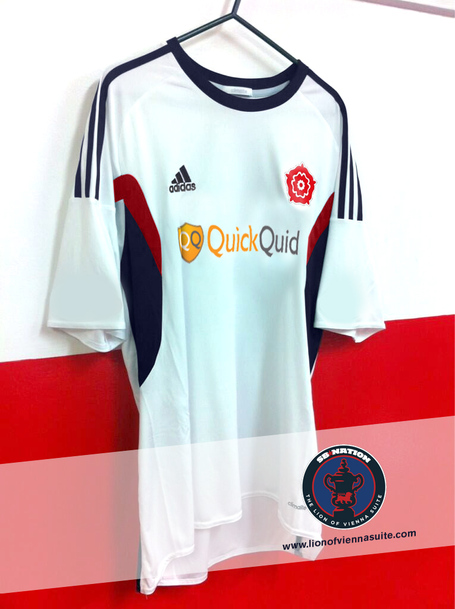