The Bolton Wanderers midfielder, who is still battling his way back to 90 minute fitness, managed just under an hour before making way. With the United States struggling to break through against Cuba until seconds before that substitution, Klinsmann elected to bring Mix Diskerud on, ending Stu Holden's day.

In the first half, the Americans were, for the most part, unable to do anything productive in the final third of the field. Holden, started in the center of the field alongside Kyle Beckerman, which was mistake from the off. Beckerman, a defensive midfielder, should have been playing behind Holden rather than next to him. This led to a very congested center midfield and gave the United States no creative room going forward. 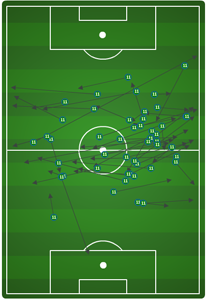 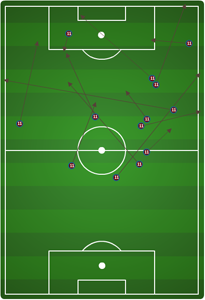 Stu's passing in and around the center of the park was near perfect, completing all but three passes of 50 (94%) in the middle third of the field. On the day, Holden completed 48 of 61, for a passing percentage of just 78%, which for Holden, is awful. Lateral and backwards passing was no problem for Holden, it was going forward that was the issue. Of the 61 passes that Holden played on the day, 13 were balls played from the middle into the attacking third. Of those 13 into or in the final third, ten missed their target.

Attacking balls always carry added risk with them given that they aim to elude the team's strongest defensive players. The United States, in the first half, failed to break through that defense for a myriad of reasons. Brek Shea on the left flank was unable to do much of anything in terms of bringing a ball under control and Joe Corona having a relatively quiet first 45 on the left. In addition to that, Herculez Gomez and Landon Donovan failed to trouble Cuba's goalkeeper, Odelin Molina, until well into the second half.

Jurgen Klinsmann made a substitution at halftime that saw Jose Francisco Torres come on for Brek Shea, which really helped the Americans going forward. With Torres, the US had a competent man on the left flank willing to attack the ball rather than waiting for it to come to him. Torres' substitution allowed Edgar Castillo to get forward and link up with another player on the wing as well as providing Beckerman and Diskerud with an option on the left flank. 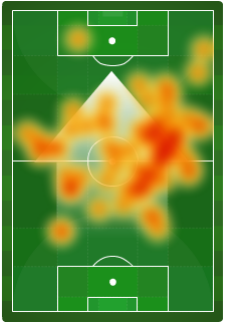 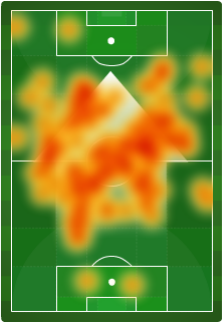 Stu Holden spent the majority of his time on the halfway line, popping up a little ahead of that spot, and a little behind but not really straying from that spot. Conversely, Kyle Beckerman spent time in just about every part of the midfield and actually spent a lot of his time in the attacking part of the field, as did Mix Diskerud, the man that Stu would make way for. 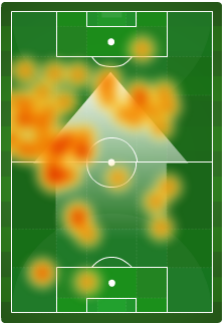 On 58 minutes, Jurgen Klinsmann replaced Holden with Diskerud, as well as introducing Chris Wondolowski for Herculez Gomez. It was that pair of changes that opened the game up for the Americans. Chris Wondolowski's lethal finishing in the area coupled with Mix Diskerud's ability to roam freely ahead of Kyle Beckerman, the Yanks pressed forward and put Cuba to the sword.

So far in this Gold Cup, the central midfield pairing that has given the Americans the most benefit in terms of goal tally and playing style has been that of Diskerud and Holden. The two do so well together because neither one has to hold onto the ball and dribble forward. Instead, the pair are very adept at playing one and two touch balls back and forth, opening up space quickly and allowing them the time to distribute properly rather than having to wait for onrushing defenders.

The Holden and Diskerud pairing saw no time on Saturday against Cuba and one has to wonder what Jurgen Klinsmann's plans going forward are. It's no secret that the US boss loves playing at least one defensive midfielder in his team and Kyle Beckerman really stated his case against Cuba, especially in the second half. The question then is whether the relatively unproven Diskerud has jumped above Holden in the manager's pecking order.

Costa Rica, the Americans' opponent on Tuesday night in Hartford, Connecticut, are a much stronger team than Cuba and Belize were. They will be the Yanks' first real test of the tournament. The US defense, especially in the center, isn't confidence inspiring and conventional wisdom will probably see Holden line up with Beckerman once again to give the Americans added tackling ability in the midfield.

The United States are into the last eight of the Gold Cup with Tuesday's match deciding the winner of the group. Should the US come out on top, they will likely face Honduras in the quarter-finals. With a loss to Costa Rica, the US would play the better of Martinique and El Salvador, to be decided after the latter's match on Monday night.