As a footballer, life has not been easy for Stu Holden. His injury troubles have been famously documented and his positive attitude towards rehabilitation has left a small minority questioning whether or not he could come back again. Until now, Stu Holden's injuries have been the result of bad tackles and bad luck rather than the player's body failing him. That seemed to have changed in the Gold Cup when Holden tore his anterior cruciate ligament just 68 minutes away from a successful springboard into the Championship Season, forcing the midfielder to start over.

On Monday, Holden underwent a successful operation to repair the torn ACL in his right knee. The Bolton Wanderers midfielder suffered the injury in the Gold Cup Final when he knocked his left knee on the back of Panama's Alberto Quintero. The left knee was the one that had been under so much trauma in recent years but that is not the one that Stu went down holding. It was the right knee, the previously untouched one, that seemed to buckle immediately after the seemingly innocuous contact.

Those that have followed Bolton Wanderers, US Soccer, and/or Stu Holden over the last three years are very aware of the player's injury history. In 2005, while at Sunderland, Holden was attacked outside of a nightclub in Newcastle and suffered a broken eye socket. In March 2010, playing against the Netherlands in a friendly for the United States Men's National Team, a tackle from Nigel De Jong broke Holden's leg, putting him out for six months. One year later, in 2011, a tackle from Jonny Evans saw the Manchester United man's studs go into the knee of Stu Holden, creating a rare break at the top of the femur as well as a gash that exposed muscle, tendon, and bone, ultimately requiring 26 inches. In September of that year, Holden played one match for Bolton, a Carling Cup clash at Aston Villa, in which he completed 90 minutes. In a routine followup and cleanup surgery after that match, doctors discovered cartilage damage in Holden's knee caused by the screws from the broken leg and the player required additional micro-fracture surgery, putting him out until midway through the 2012/13 season.

All of those injuries were the result of being in the wrong place at the wrong time, or if you believe in bad luck, that. The Jonny Evans injury was one that doctors would later call "a one in a million injury" in which an unusual break that should have taken six months to heal turned into a recovery stint that last four times that.

Holden, upbeat as ever, now faces another long road to recovery but this time, that road has a fork in it. Two pathways that two players' bodies took following similar injuries with very different results. Those two players are American midfielder John O'Brien and his Bolton Wanderers, West Ham United, and Republic of Ireland namesake, Joey. 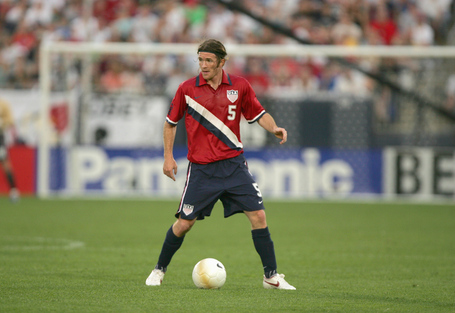 John O'Brien is a former United States Men's National Team midfielder and the first American to join the famed Ajax academy. The California-born O'Brien first trialed with the Dutch giants at age 14 before signing a development contract at age 16. In 1998, four years after joining the club, the midfielder signed a professional deal with Ajax and was immediately loaned out to FC Utrecht. The following year, O'Brien made his Ajax debut, playing as a fullback for the side, and helping them to two Eredivisie titles, coming in 2002 and 2004.

O'Brien was heralded as the great American hope due to the fact that he was coming through a world-famous academy system known for creating technical talent at a time when the Yanks simply lacked any semblance of that. 2001/02 was O'Brien's real breakout year. That season, he played 34 times in all competitions for Ajax, scoring two goals, and really staking his claim for a spot in the 2002 World Cup for the Americans. O'Brien started all five games that the US played in that tournament before going out to Germany (and an uncalled Torsten Frings handball on the line) in the quarter-finals.

It was after that tournament that the American's body would really begin failing him. O'Brien suffered from Achilles tendonitis which forced him to cope by changing the way he ran. As a 2006 New York Times article described it:

O'Brien says that his attempt to compensate for Achilles' tendinitis led him to change his running style and that that overworked and stressed his hamstrings. He became too reliant on his calf muscles and hamstrings, instead of using his gluteal muscles to extend his hips when he ran, said Shad Forsythe, a trainer at Athletes' Performance. Video analysis determined that O'Brien's poor posture left him pawing or pulling at the ground instead of properly pushing off with each stride.

It would ultimately lead to spinal, groin, and hamstring muscle injuries.

The initial injury was the result of an injured Achilles tendon in September 2002, just a few months after the World Cup. James Hashimoto, who was then the United States Men's National Team physio and the man working with Holden on his last rehabilitation stint, called it a "chicken and egg" scenario because it was impossible to figure out whether O'Brien's injury was the resulted in biomechanical problems in the player's body or whether the biomechanical problems caused the injury.

John O'Brien would make one more go of it but an injury-riddled year limited his one season at ADO Den Haag to just three appearances. He tried to play in MLS as well but after only one appearance (after another injury while with the national team) for Chivas USA, O'Brien called it quits and effectively retired at 28-years-old. 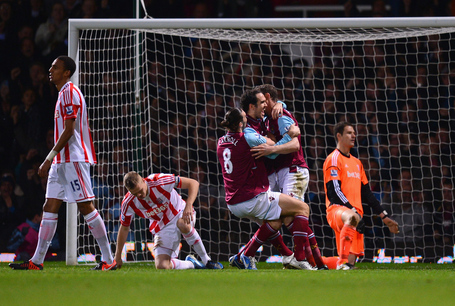 Joey O'Brien is a 27-year-old defender who came up through Bolton Wanderers' academy before signing a professional deal with the club and spending seven years with the Trotters. Seven injury-riddled years. Over those seasons, O'Brien managed just 50 appearances for Bolton before being released by Owen Coyle.

O'Brien had a very bright start to his Bolton career, playing 22 times in the Premier League for Wanderers over the course of the 2005/06 season. It was the following year that the trouble really began with the defender missing the whole of the 2006/07 campaign with a knee injury that required surgery. He would make 19 appearances in 2007/08 before another injury setback ruled O'Brien out for most of the 2008/09 season, limiting him to just five appearances in the Premier League. It was knee, thigh, and hamstring injuries that hurt O'Brien's time at the Reebok Stadium.

It did get better for him though. Following his release in 2011, Joey O'Brien was handed a trial by West Ham United, then in the Championship and managed by Sam Allardyce. The defender proved his fitness to the man that brought him through at Bolton and was signed to a two year deal. He would make 31 appearances in the Championship, helping West Ham seal promotion back to the Premier League at the first time of asking. In the top flight last season, O'Brien would play 33 times in the league with the Hammers ensuring survival quite comfortably.

Stu Holden, now battling to recover from a long-term injury for the third time, stands at a fork in the road. Let's hope his body takes the Joey O'Brien path and avoids that of John's.