Give the kids some room to grow

Share All sharing options for: Give the kids some room to grow

For years and years, the academy at Bolton Wanderers failed to produce Premier League (or even Championship) quality players. The notable exceptions to that rule were Kevin Nolan and Nicky Hunt, who went on to have successful careers at Bolton and beyond. Yet, for each one of those players, there were ten more that fit the mold of the Danny Livesey, James Sinclair, Tope Obadeyi, and Robert Sissons variety that never made it in England's top two flights.

Over the last two seasons, the academy has received a lot of respect over its rise from obscurity to one of renown in the country, competing with some of the most famed U18 and U21 programs in football history. In those two seasons, Wanderers fans have been introduced to a number of very promising prospects. Some of those prospects, like Josh Vela, Joe Riley, Sanmi Odelusi, and Tom Eaves, have already appeared for the Trotters in league play and others have not. It is the likes of Chris Lester, Zach Clough, and Jay Lynch who have not yet been handed professional debuts but are tipped to be the next big thing.

With Bolton Wanderers' awful start to the season (winless in seven with three points at the time of writing), many fans have called for full scale changes to the side. They have asked for the youngsters to be included in first team proceedings because they'll show more heart or passion than the current underperforming starters. These youngsters, largely unproven on the league stage, have been asked to become Bolton Wanderers' saviors, be they ready or not.

It has come to a bit of a boiling point with the news that Tom Eaves has gone on loan to Rotherham United with Cian Bolger likely soon to follow him out the door. Bolton's strikers are yet to score in the league and as such, the fans have (very vocally) tossed around the idea of throwing Tom Eaves straight into the fire that is league play.

The tall, 21-year-old striker isn't new to the Championship, making a few substitute appearances in a Bolton shirt last season as well as playing 120 minutes against Tranmere Rovers in the Capital One Cup, but he has yet to score a goal for the Whites. The opportunities, while there, have been few and far between at best and the elusive goal nearly did come for him at Prenton Park when Eaves put the ball into the back of the net three times but was (arguably wrongly) pulled back for a foul and a pair of offside calls. Without the ball in the back of the net and a tally on the scoreboard, there is no basis for a measurement of success. Even David Ngog has scored this season only to have it not count. 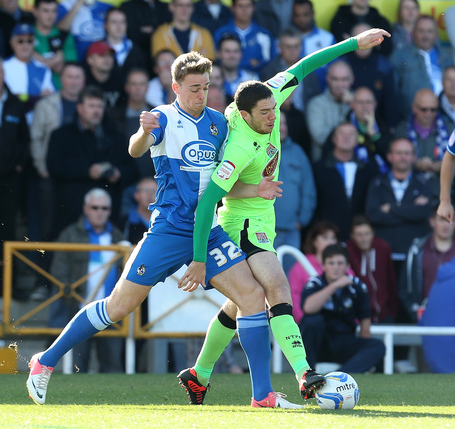 Tom Eaves has certainly proven himself in League One and League Two already, doing well in his pair of loan stints at last season. He has shown that he can score goals (albeit in a streaky manner) but that has not yet carried over to the Championship. Yet, according to Dougie Freedman, he has outgrown the U21 system and needs a higher caliber of play to continue his development. There is certainly a gap between the U21 League and the Championship and making that jump is a lot more difficult than many will recognize, which is illustrated by the failure of so many youngsters around the country to do so. So then, what is the answer? Where can players go for a higher level of competition than the reserves system with the ability to still play for their parent club? Why, the loan system, of course!

The Emergency Loan Window, as it is called, is designed to do this sort of thing. Tom Eaves is not getting into the first team, at least not yet with the starting crop of forwards trying for a goal, so why let him stagnate in the reserves? The loan to Rotherham United, a club pushing for a second promotion on the bounce, will be a short term one (with the length not yet disclosed), lasting between one and three months, and will allow Eaves to play in a better team than the one he succeeded with last year at Shrewsbury Town. If he can't cut it there, is there any indication that he would he be able to cut it at Bolton?

Dougie Freedman, who has discussed his penchant for playing youth since his hiring, has definitely done so, albeit a bit sparingly. In his first season, he gave Joe Riley (who then got hurt) and Josh Vela (who then got hurt) chances in the first team for both league and cup competitions while handing Sanmi Odelusi and Tom Eaves their debuts. This year, we have seen him give Rob Hall plenty of time already as well as hand Tom Youngs a debut and give Sanmi Odelusi lots of additional minutes with the first team. The likes of Zach Clough and Chris Lester have been on the fringes of making the cut with both included in matchday squads for the Whites.

"You need to nurture young players through the system and if they are good enough then I will give them a chance.

Thus far this season, Josh Vela has not been included in the first team for league matches but can you really blame the manager for leaving him out with Darren Pratley performing well at the start of the season, Medo Kamara and Jay Spearing being largely consistent (minus a few missteps), and Tim Ream holding his own. The center midfield is relatively deep at the moment and young Vela seems to be the odd man out.

Perhaps there is a bit of Gregg Wylde syndrome going on here. Back when the Scottish winger was with Bolton Wanderers, he was regarded as, again, a savior, despite not making a single league or cup appearance. That sentiment was only strengthened in preseason leading up to the 2012/13 Championship campaign when he connected well with Marcos Alonso on a few occasions. When both Owen Coyle and Dougie Freedman refused to include Wylde in their respective teams, the fans were upset, asking why Wylde wasn't given a chance when the starters clearly were not getting the job done. The answer? He wasn't good enough. He struggled to break into Bury's team while on loan and struggled to perform when he did make the cut and, after moving to Aberdeen on a free earlier this year, is struggling there as well. 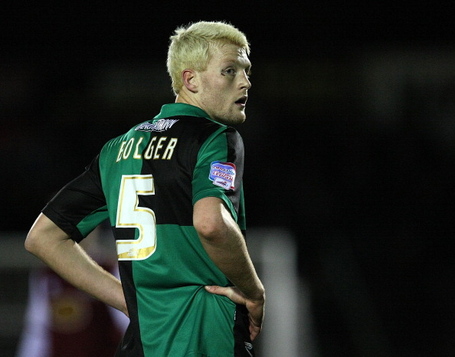 Loan moves are a proving ground for players. Tom Eaves and any other Bolton players that want a spot in the first team (especially those who have not yet made debuts) must show that they can do it in tough competition. If they don't, then what is the point of wasting a spot on the bench or in the starting lineup?