Latest round of the FMPC

I played this game back on 17th September in advance of our game against Bournemouth which took place yesterday against AFCB fan Jason Lewis.

I set up with the following lineup: 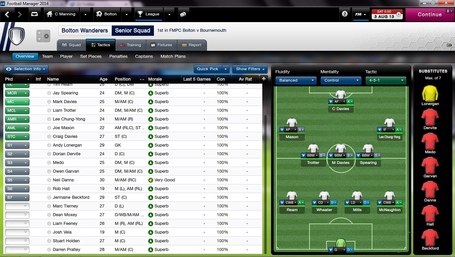 Fairly typical, though I did umm and arr between Joe Mason and Rob Hall supporting Craig Davies. I went with CD because I think Jermaine Beckford is a bell-end. 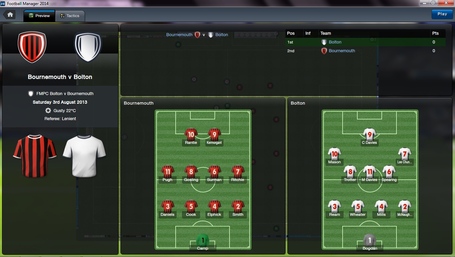 Two fairly standard line-ups. I thought I'd be alright against his 4-4-2. I usually am. 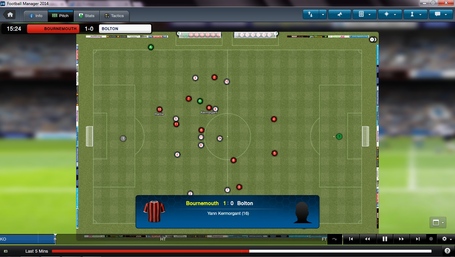 Good player him. Wouldn't mind him at Bolton Wanderers.

However - a mere 12 minutes later and Elphick gave us a helping hand with a lovely OG: 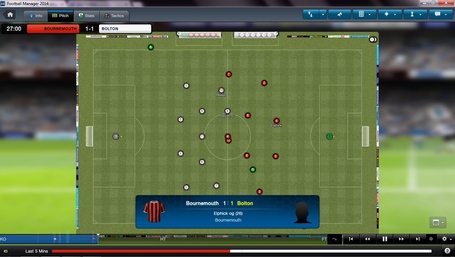 Then, that sod Kermogant did it again: 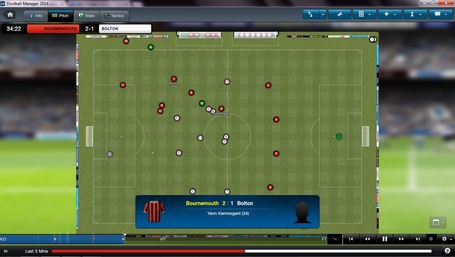 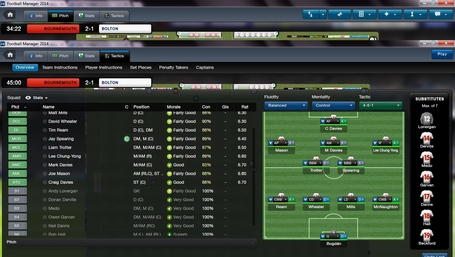 Went on the attack, changing team mentality from 'Control' to 'Attacking'. Works for Barcelona. 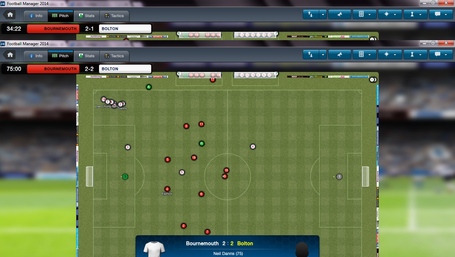 Incoming sub Neil Danns equalises! The lovely sod with his hair made from sweets!

The last ten minutes gave us a fright with two disallowed Bournemouth goals: 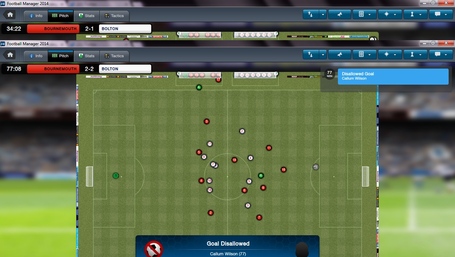