Bolton u21's hosted Everton's u21s at the Reebok stadium on Monday night. This was a significant game due to Stuart Holden and Josh Vela trying to make vital steps back to fitness. Lion of Vienna Suite writer Elliott Turnbull took the pictures, while our guest contributor Alex Hosker took down all the details of the match.

The evening began with great expectations as Stu Holden was announced as a member of the starting XI. This was the first time Holden had been in a Bolton shirt since the Gold Cup Final with the US Mens' National Team. However, the evening didn't go as planned. The game began and Bolton dominated the ball, keeping Everton pinned into their own half, although Wanderers couldn't take advantage of the early pressure. The first real chance came in the 15th minute as Zach Clough managed to get free of defenders in the box and take a shot. Clough couldn't quite get his foot around the ball and the shot fizzled past the post.

Clough continued to be lively and in the 21st minute once again got free and got a shot away, only for it to be a simple save for the Toffees' keeper. Unfortunately, the good start to the match for Bolton was overshadowed by Holden's injury one minute later. After having earlier aggravated his knee making a pass, Holden suddenly grabbed his right knee and feel with a thud to the ground. He instantly knew his night was over just 22 minutes into his comeback. Holden will undergo a scan this week before travelling to America to talk to his surgeon. 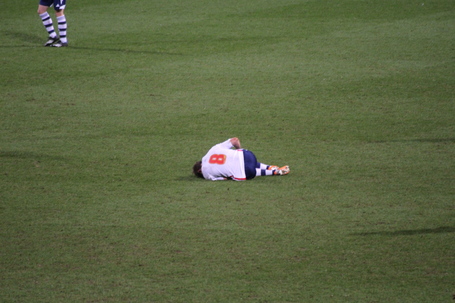 To make matters worse in the 24th minute Everton were handed a clear penalty and Luke Garbutt expertly finished in to the left hand corner bysending Arran Lee-Barrett the other way. 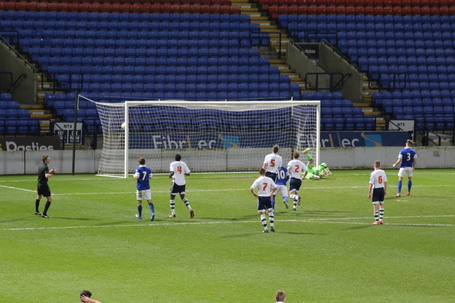 Five minutes later Bolton almost levelled through a great volley by Clough. The ball fell to him in the the box and he chipped it up, then sent a dipping volley onto the right post. The game lost it's early tempo and with Everton easing into half time they gifted Bolton an equaliser. After a mix-up at the back between Ibou Touray and Mason Springthorpe the ball was left rolling in the box for Georg Illiev to smash it into the back of the net. The first half ended 1-1, although most people in the crowd were more concerned about Holden than the match itself. 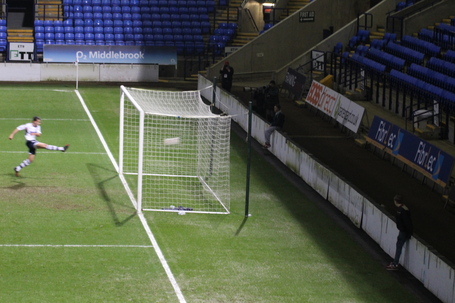 The second half started with a bang and in the 51st minute Illiev got his second of the match. It was another open net after an initial shot from Rob Hall was saved by Springthorpe, who directed it into the path of Illiev. His instinctive finish gave Bolton a 2-1 lead at the Reebok. 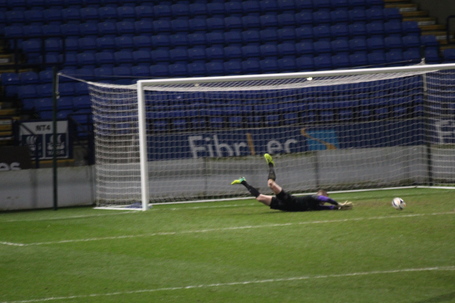 However, the lead didn't last long. In the 53rd minute Everton brought the game back to 2-2, after a low cross snuck through the Bolton defence and Matthew Kennedy got a touch that sent the ball into the back of the net, levelling the game for a second time that evening. 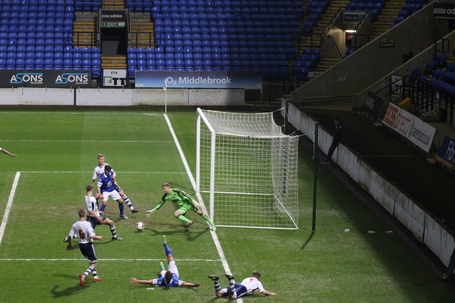 Bolton seemed committed to regaining the lead and they would have done if Springthorpe hadn't saved a good penalty from Josh Vela in the 55th minute. Instead it was Everton who took the lead when Conor McAleny magnificently finished from the edge of the box straight into the top corner, leaving Lee-Barrett with no chance. 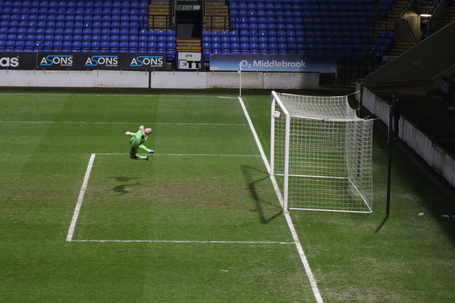 With the match dying out, Jamie Fullerton used his subs, bringing on Tom Walker and Aaron Knight for Chris Lester and Zach Clough respectively. The subs failed to make an impact though. Rob Hall, on the other hand,  did make an impact. In the 89th minute the ball was well worked down the left hand side to Hall, who took a fierce shot which rattled the bar but didn't go in. That was the last real chance and the game came to a close with Everton winning 3-2.

Sadly, the match will be overshadowed by Holden's injury and I'm sure you all wish him a speedy recovery. My Man Of The Match goes to Zach Clough who was a constant threat to Everton's goal and although he was unable to get a goal he deserved one and I'm keen to see his development and hope we may see him on the bench for a few first team matches.

After Monday's defeat Jimmy Fullarton's u21 side dropped down to 9th in the Barclays u21 Premier League as they'll look to re-group against Reading next Monday. A full gallery from Monday's game can be found on our Facebook page here.

Thanks to special contrbutor Alex Hosker.