Following Bolton Wanderers dogshit performance away to Watford, I felt it was time to redress the balance.

Last night saw the inaugural game of the 'Football Manager Parallel Championship' which will see me playing as Bolton Wanderers attempt to replay that weekend's game. So, with some nervousness and trepidation I loaded up Football Manager 2014 and set about picking my team.

Bizarrely enough, Wanderers went into the game as favourites according to World Soccer Magazine: 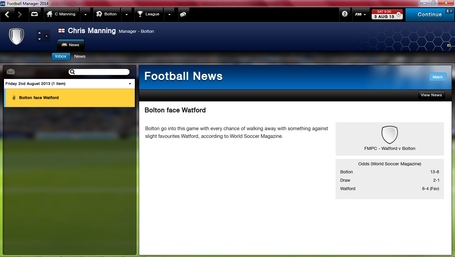 So the game began: 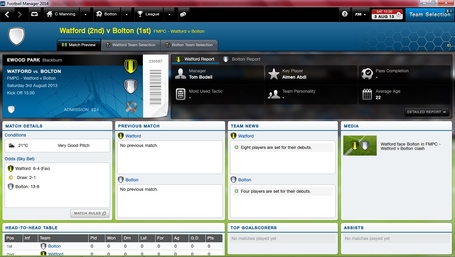 Watford fan Tom Bodell selected his line-up, and I did mine.

I chose a bizarre 4-3-2-1 formation, with the following players lucky enough to be selected: 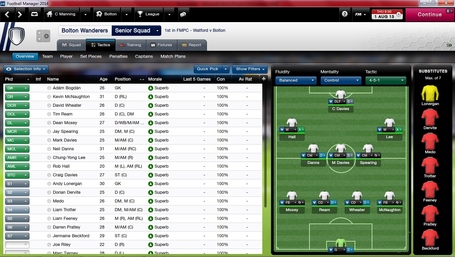 Revolutionary, I know - but pay attention Dougie Freedman - you might learn something. 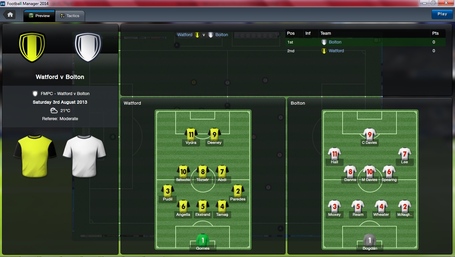 Things began well, with a few attacks falling foul of Watford's talented defence. The fact that I was stuck with Craig Davies was a blow: 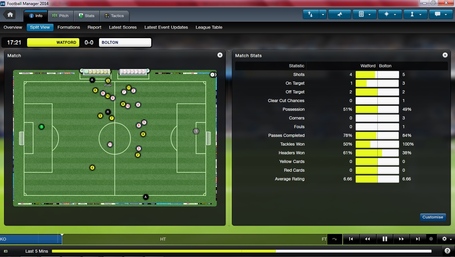 With art imitating life, Wanderers were under the cosh, somewhat. Watford scored first, through Troy Deeney, but fortunately it was disallowed: 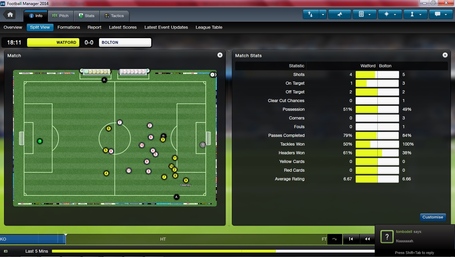 With a slight tactical tweak to make Wanderers more attacking, this happened: 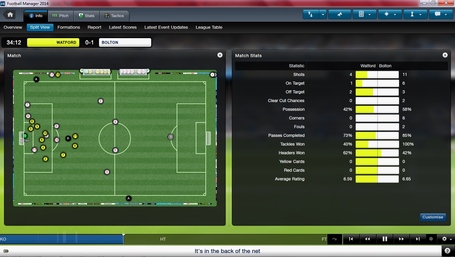 Lee Chung Yong with the goal!

Half time arrived with the mighty Bolton Wanderers 1-0 up. Miraculous. 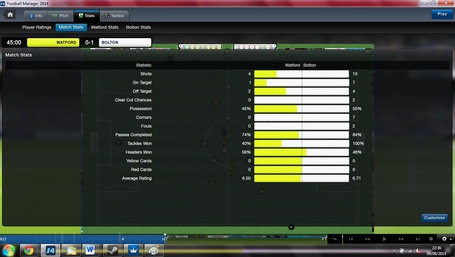 Then this happened, would you believe it - always rated Craig Davies: 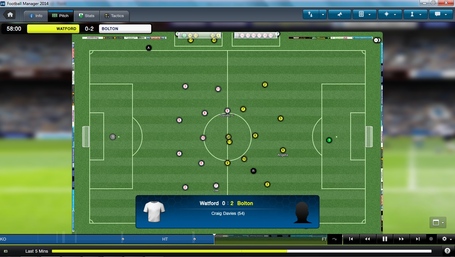 Wanderers soon went three up, with another from Lee Chung Yong. It was then that in my wisdom I brought on Zach Clough for Craig Davies (I like to give youth a chance), Dorian Dervite for his debut replacing Tim Ream, and Medo came in for Neil Danns.

This didn't work initially.....Watford scored through Fernando Forestieri. Then this happened: 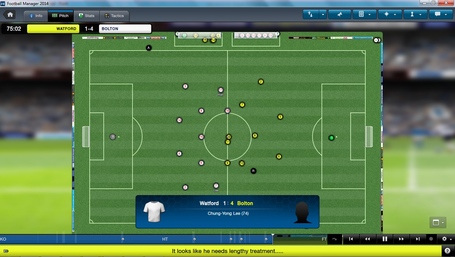 Smug as fuck. Love this game.

A further tactical tweak saw Wanderers go into 'overload' mode which is basically what happens when Owen Coyle runs your club.

We scored a fifth. And a sixth. Neil Danns and Liam Trotter (x2) completed the scoring: 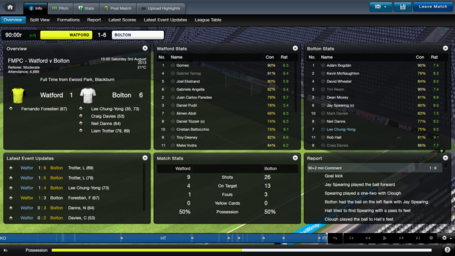 The game came to a close with a fantastically successful result for the glory boys in white. I can't pretend to expect this every week but seriously I should definitely replace Dougie Freedman and replace him NOW. 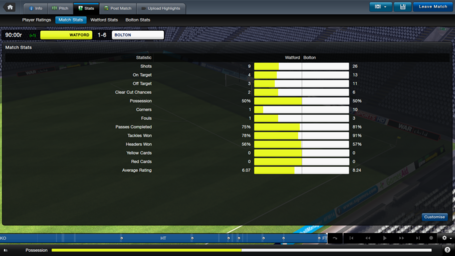 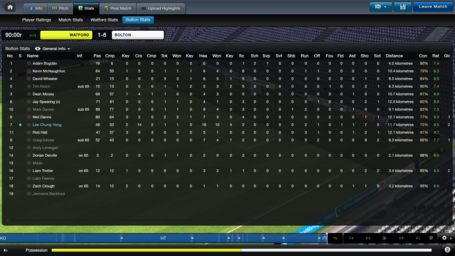 More of the same next week when we'll be taking on Nottingham Forest. Gulp.