Following Bolton Wanderers 2-2 home draw with Nottingham Forest, I again attempted to better the result and better the performance of Dougie Freedman.

Pre-match, and I went with a similar formation to that employed in the first game - a 6-1 spanking of Watford. I replaced Rob Hall with Joe Mason for two reasons. One - Mason wasn't in the squad for week one, and Two - I hate Rob Hall. 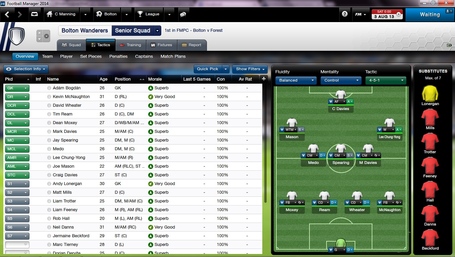 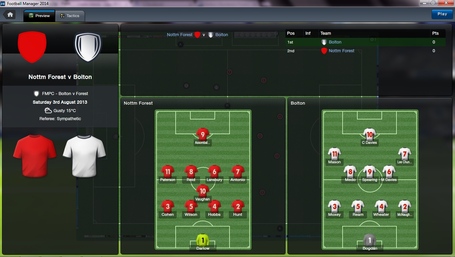 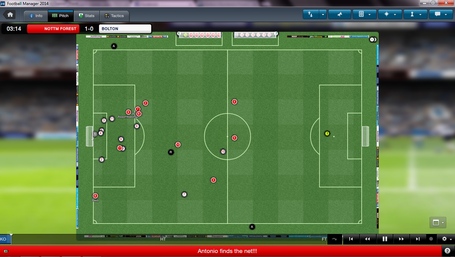 My Wanderers side, however, is made of stern stuff. We soon equalised through Craig Davies, but the gimp of a referee fabricated some bullshit offside decision and disallowed the goal, the bastard: 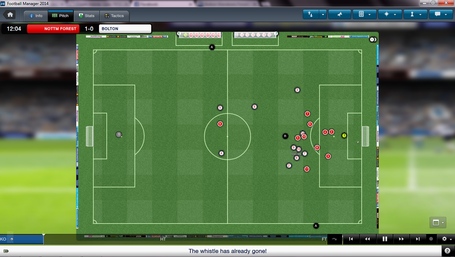 Half time arrived, and we were one down: 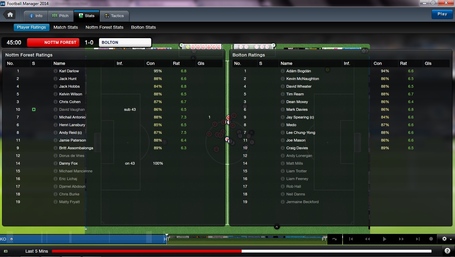 The stats showed that whilst we had good possession, we didn't do enough up top: 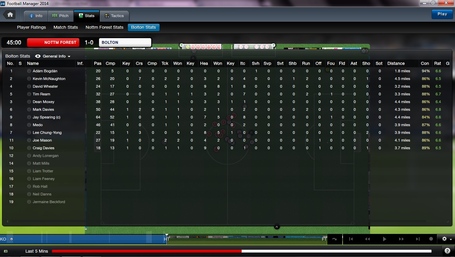 So, channeling my inner Louis van Gaal, I implemented a switch to an attacking 4-4-2: 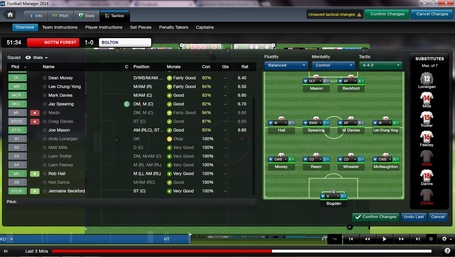 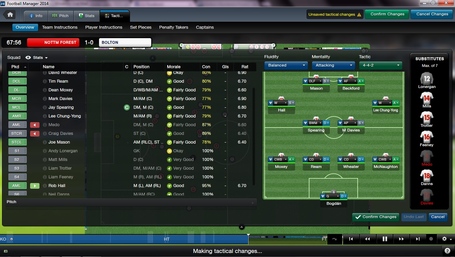 .....but then, as Jim McDonald might say - we took the lead, so we did (Elizabeth) Lee Chung-Yong with the goal. However, I was too busy watching Godzilla on telly and forgot to press 'Print Screen' so there's no photo of that, you'll just have to trust me.

Not wanting to stop there, I gave my boys a pep talk, and everyone's second favourite American popped up with his first goal for Bolton, making it 1-2 in our favour - go on Tim Ream lad: 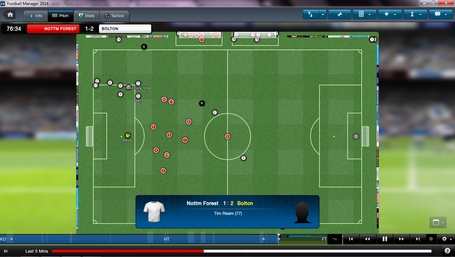 Most managers would then calm things down.

I kept the attacking instructions, and we scored again - this time through former Crystal Palace man Dean Moxey, making it 3-1 to Bolton: 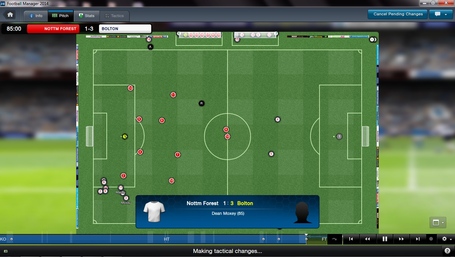 I immediately dropped Rob Hall and Lee Chung-Yong back , and changed the team mentality to one of counter-attacks.

We held out, and victory was ours.

Check out the result and some after-match stats here: 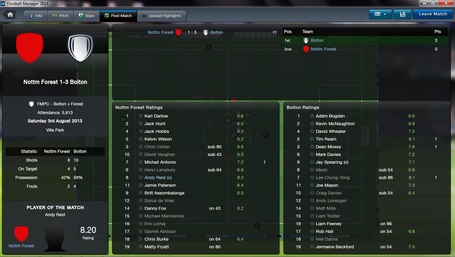 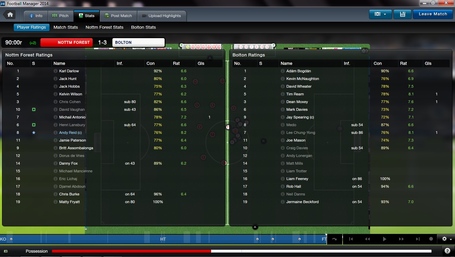 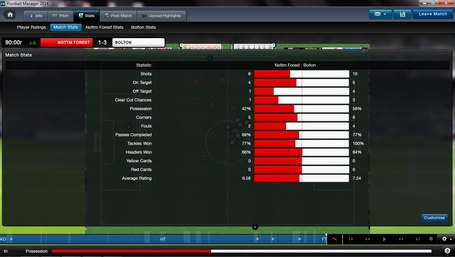 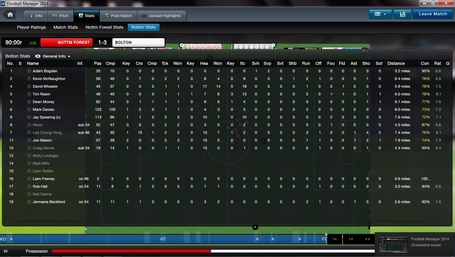 We'll have another post following Tuesday's game at home to Middlesbrough.