So Dougie Freedman's Bolton Wanderers lost 1-2 against Middlesbrough this past Tuesday night at the Reebok, with a late goal from Kike cancelling out Craig Davies' first half penalty.

As you've seen this week across the Lion of Vienna Suite universe, fans are unhappy with Freedman and his ways.

Therefore it was with great responsibility that I shouldered the need to right the wrongs of Freedman's meddling and downright faffing around.

I took on Richard Mason, representing Middlesbrough. Richard is a sports writer for Northern Echo, D&S Times and Durham Times.

Game on. Further tinkering with my side saw Jermaine Beckford come in to replace Craig Davies and Liam Trotter replace Medo Kamara in midfield: 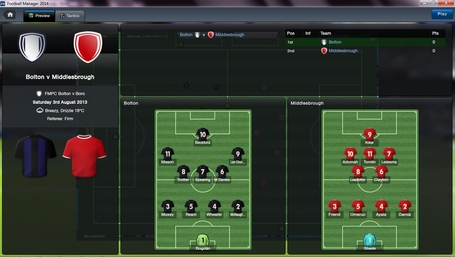 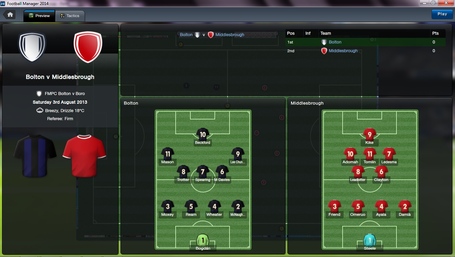 Football Manager - nothing if not realistic: 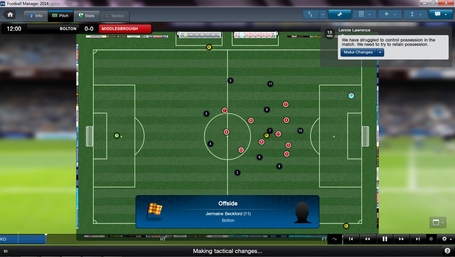 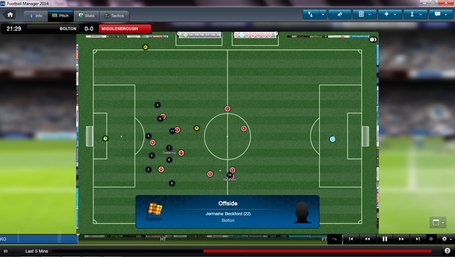 Then this happened - we're just that damned good. No news on whether David Wheater chose to celebrate the goal against his former side: 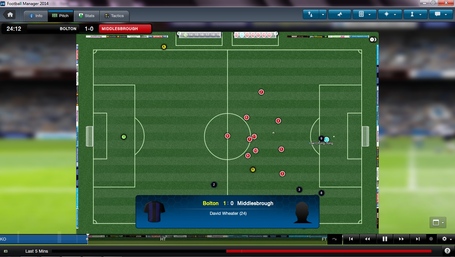 Then this - piece of piss: 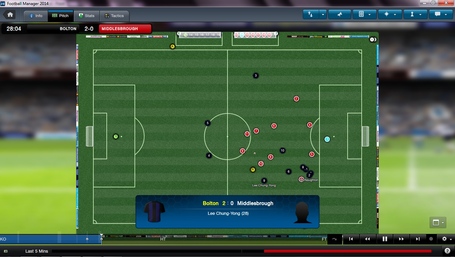 Oh what happened next? I think the kids say 'LOL': 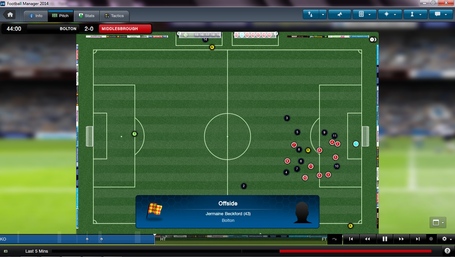 Half time and Wanderers cruising at 2-0 despite being down on possession (another example of art imitating life?): 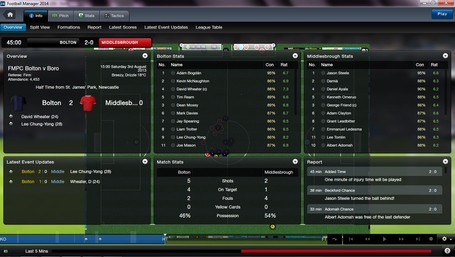 The second half began in much the same vein: 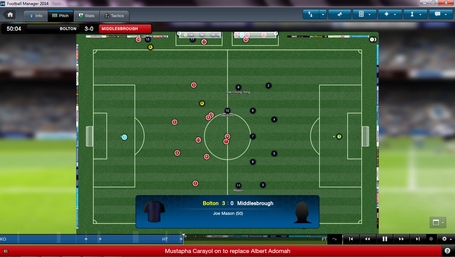 What happened next then - that's right, I went all-out attack and we scored a fourth: 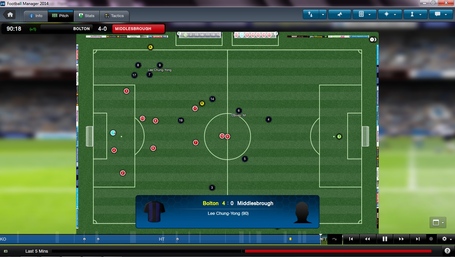 Made a few changes, brought Zach Clough on for Beckford, Matt Mills for Kevin McNaughton and Rob Hall on for Joe Mason - we saw the game out with ease to make it three wins from three: 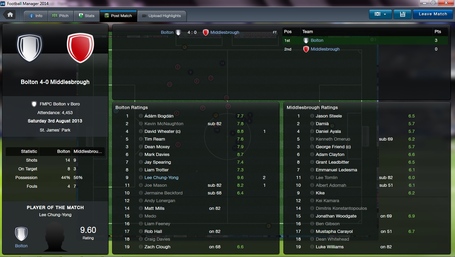 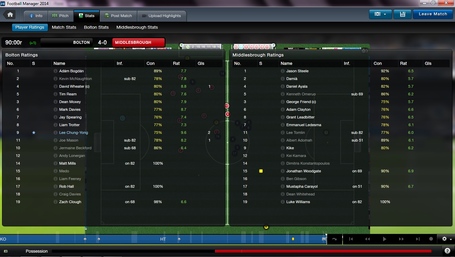 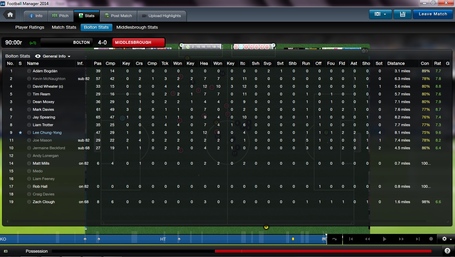