Week Five of the Parallel Championship - how did our boy do?

Week Five of the Football Manager Parallel Championship and I'm top of the league - four wins in four games.

Anyway, I sent the boys to Ibiza for a week to celebrate. They've earned it. Jay Spearing has come back looking like he's not had a wink of sleep, and Craig Davies has this weird henna tattoo on his face. Looks like a young Mike Tyson.

Anyway, filled with boundless optimism that befits 2014's Bolton Wanderers, I took on the representative of Leeds United - our opponent was the chap in charge of The Scratching Shed.

Pre-game, I went with my tried and trusted formation: 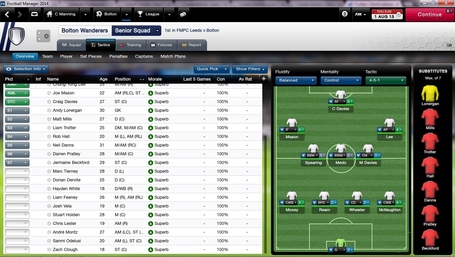 I'm a stickler for familiarity: 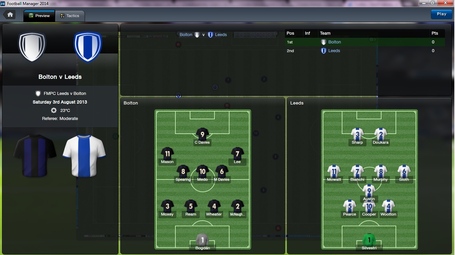 We started fairly well. Then this happened: 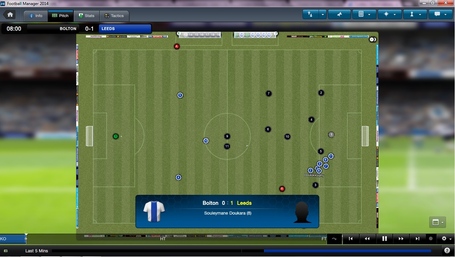 Anyway, HT came and went, and with Wanderers dominating possession I decided to embark on a more attacking approach, altering my team instructions accordingly: 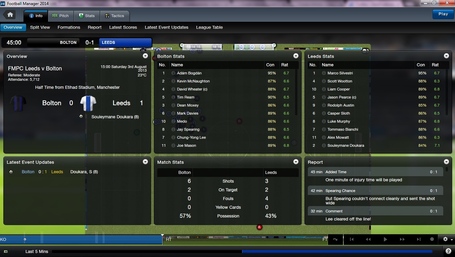 But it was to no avail. Things got desperate in the final stages. I tried to overload their attack, but Craig Davies and Jermaine Beckford both missed one-on-one chances.

I suspect Beckford did it on purpose.

First defeat of the season.

In hindsight I shouldn't have let them go to Ibiza. 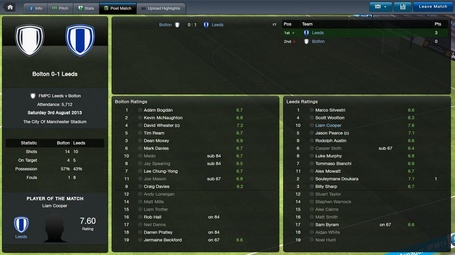